Yesterday, in the ordinary plenary session of June, we witnessed the harshest anger of this legislature. The reason: the motion in support of Aprosdeco for the collection of the subsidy owed to it, and which already amounts to €423.000. 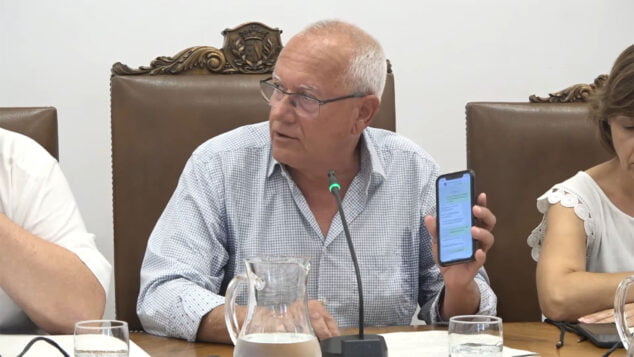 Vicent Grimalt during the aforementioned appearance

It is not the first time that the plenary session of Dénia has had to make this motion due to the immense negligence of the Generalitat towards the weakest, but on this occasion, we witnessed the crossing of accusations and expletives among those who were partners in the previous one. legislature (that of the Pacte del Castell, that of progressivism in vein, that of tolerance taken to the maximum power, that of the new policy against the "old guard", well thank goodness!

Without taking into account the most obvious, which is that the APROSDECO Day Center is at the limit of its strength, PSOE and Compromis dedicated their speeches to throwing things at their heads with a deep hatred and leaving aside all the blah blah blah about equality, solidarity, progressivism and other stories. What we saw was a tremendously sad and unfortunate visceral crossing of disqualifications in the most literal sense of both words.

Seeing how the Mayor and his former first lieutenant viciously attacked each other and contemplating how upset our town councilor became, with his spirits exacerbated as he has rarely been seen (and look what character he does not lack) was an unfortunate spectacle. and unseemly. Politicians represent all citizens and that was a shame.

The Mayor, instead of ensuring that all the councilors had their turn to speak, without batting an eyelid denied Mr. Carrió a turn to reply, demonstrating once again his spirit, his good nature and his tolerance with those who are not from his rope.

And of all this fight, more typical of gang members than of public representatives, the most affected and invisible, diluted between the internal fights of the Pacte del Botanic and ex Castell, are the families that make up APROSDECO, because they are the ones who are paying the price of their bad
and those who are suffering the consequences of the dismemberment of those who call themselves "progress" groups.

A year ago we found ourselves in this same situation and we already signed a motion unanimously that apparently has served very little, because it is clear that they have not even been watching so that this does not happen again.

Gentlemen of the PSOE and Compromis, stop your dirty moves and dedicate yourselves to solving the serious problems that APRODESCO is going through.

The PSPV Dénia will present a motion to demand that the Ministry pay the debt to Aprosdeco
June 29th, 2022
Comments