Intersindical Salut Opinion: «The clamor against the economic director of La Pedrera grows»

We do not believe it. It seems that if there are no denunciations of the unions, either before the corresponding institutions, or before the public opinion in the press, the Economic Director of the Hospital La Pedrera does not move tab. But the levels of indignation among the workers who depend on him, and among the union delegates who represent them, are reaching unsuspected levels. 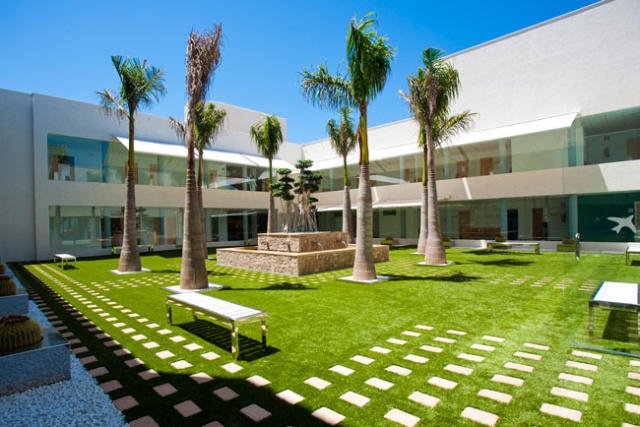 After denouncing the hazardous conditions of the hospital kitchen, in which there was an imminent risk of electrocution due to the defective state of the washing train, the Bureau tried to hide from the workers' representatives the hard report issued by the Prevention Unit Of Occupational Risks of the own Conselleria of Sanitat. This report, in which, among many other measures, the management of the center was "remove the obsolete electrical wiring and replace the one that is in poor condition (rusty, broken)", Was hidden from the Personnel Board from April 4 until 28 the same month, on which day members of the Board made the necessary arrangements and were able to access it.

This fact, which in itself is already a sample of the style of management prevailing in the Hospital La Pedrera, in which transparency, communication with workers' representatives, and their participation in measures That they were involved, was followed by a meeting of the own economic director with the kitchen workers in which he told them that he knew nothing of what was happening, and that if he had known, he would not have allowed them to work under those conditions. This statement, which can only be considered as a mockery of the workers, has been followed by another more alarming statement if it fits.

Specifically the director told the workers that the repair was very costly and that the boiler was going to pay half between the concessionaire company ISS Catering Solutions and the hospital itself. This decision is in direct contravention of the provisions of the Terms of Reference, art. 2.1 where it is said that, among many others, the company has the obligation, 'included in the price of the contract', of the 'integral maintenance of facilities, equipment, machinery, utensils, etc. necessary for the provision of the service'. Also the same specification in its art. 9.8.1 says that it is a serious breach 'not to guarantee the adequacy of facilities and equipment complementary to the norms established in the legislation in force or that, eventually, be established by the Administration'. We are therefore faced with a clear case of infringement, which according to the same statement should be penalized in amount from 5.001 to 35.000 euros.

Instead, the economic director acquires the commitment to pay half the amount of the pot. All this is in direct agreement with the obscure relationship that this manager maintains with the kitchen company. See our press release issued last April entitled 'Nepotism in the kitchen of La Pedrera Hospital'. It is not explained otherwise that after multiple breaches, inspections and sanctions of the Denia Public Health Center, two of the three refrigerated chambers of the kitchen continue to operate, in which different foods accumulate, contrary to the need to store all the products in Different cameras. Or that more than two months after the alarm went off with the washing train the utensils are being washed by hand, being in this way totally impossible to reach the 65 º C that establishes the norms for the hygiene of the same. It is a shame, and unworthy of a public hospital that aspires to excellence, that the place where food is stored and processed of the admitted patients does not comply with the hygiene regulations established by the Conselleria de Sanitat itself and that no one in the The same Conselleria does nothing about it.

The issue of cooking is undoubtedly the most bleeding, but by no means the only reason for Intersindical Salut to reiterate, with light and stenographers, the request made by the Personnel Board several months ago, namely the immediate cessation of the Economic Director of La Pedrera Hospital. The unfortunate state of hospital maintenance, irregular contracts with external companies, concealment of information to the Personnel Board, disclaimer ...

In this sense it is paradigmatic that after seven years of operation of the CSI Denia, a center that depends on Marina Salud, Hospital La Pedrera continue to pay electricity and water bills, as easy as it would have been to put some independent accountants. All this is a long and long story so that a director, who for more INRI comes from the time of the Popular Party, continues to remain in office without
Let no one know how or why.