Gent de Dénia is a local group made up of residents of different ideologies who live and suffer, like everyone else, the problems of our city. We have always been concerned and one of our priorities has been the improvement of urban cleaning and especially the collection of rubbish, as well as the economic cost that this represents and the impact on citizens. We have tried to collaborate to the extent of our possibilities in the preparation of specifications, contracts and agreements that have historically been produced in this regard, contributing our ideas and proposals for the improvement of services. 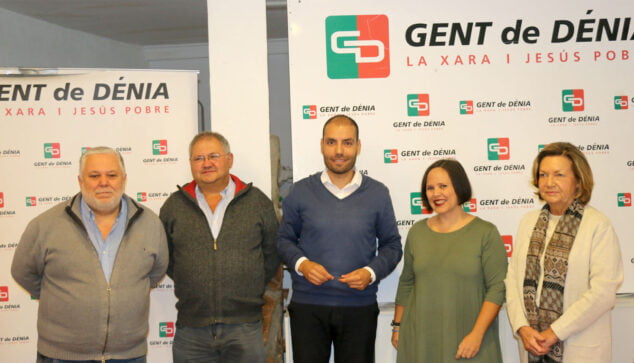 On this occasion, given the imminent need to put out a new contract to tender, the government team hired in August 2019 for € 18.000, an external company to prepare the indicators prior to the preparation of the specifications of a new tender. It has been working on it since then (It had to be done in four months) and no opinion is being requested from the rest of the political parties, nor from the social agents, nor from the neighbors, except for some superficial information in the informative commission to questions from attendees. We believe that everyone's contributions are essential, not just information from the government team as a matter of course, in order to prepare a specification that culminates in an award that is the one we all want at a fair price.

For 15 years that waste has been in charge of a current company, contracted under the government of the PSOE in 2005. Modifications and extensions of the contract have been made, both by the PSOE and by the PP, being under the responsibility of the latter when the eco-park was created and the contract was extended for 5 more years; always without the participation of others and arguing the needs of the service. In all this time, we have observed that the monitoring and control by the city council of the company for compliance with the contract has been quite deficient, since we have more than one improvement in the award that has never been made. New rates have also been established and have been increased: first by 6%, although the city council assumed a 19% rise with the PP government and now by 20%, that is € 25 per home.

The government team offers as justification for the recently approved increase the following arguments:

Let's analyze each argument, not only as criticism, but trying to make proposals:

Point 1: ECOPARK. It is said that it has dragged on since the day a € 1.200.000 debt was mounted. One thing is clear, if it doesn't work CLOSE IT, or if you don't make it work. Giving service, extending the hours, better quality of collection and make it attractive, that they do not put obstacles and "force" that many people end up depositing belongings where they please because they cannot go more than 1 time per day; that certain items are not collected or have to pass a series of unnecessary controls that only waste time for the user.

Let us advocate for making regulated, clean "white spots" or the use of "eco-mobiles" that are accepted by the user on foot, not so much for large volumes but for collection in the neighborhood, and together with the service of the white points they would give service and better management. It is very unfair that the eco-park, which so much complains about its cost, is used by few and we all have to pay for it.

Point 2: CHANGE OF CONTAINERS. - There are old, broken and smelly containers, and if it is true that they should be renewed by others, maybe smaller and yes in greater numbers, remember that there are regulations that regulate the maximum distances between homes and containers and that the Sindic de Greuges has already indicated to the Denia City Council the breach in the Case of It montgó, Por ejemplo.

In the last legislature it was announced with great fanfare that in 2018 containers were going to be renewed for a help from the Consellería of 900 units, but it was never known again. Where are the famous containers?

The new specification must include a large number of containers, as reflected in the old one, but its renewal did not take place at the necessary rate. On the other hand, a medium or long-term plan can be made for underground containers of smaller size, but in greater numbers, and this measure would also prevent the existing ones from collapsing.

As we have been informed, this specification will be reviewed every 2 years, this is essential to check the quality of the service, review possible complaints, check the condition of the containers, etc. It is like an audit, which is necessary and essential for a better service.

Point 3: MODERNIZATION OF SERVICE. - The people, the citizen demand SERVICE, EFFICIENCY AND CLEANING, that a chip is provided to the container that indicates the state of charge, frequency of emptying etc ..., is very well, but if it is not emptied and cleaned later, it is useless . If we equip the bin with a chip and it is not emptied, it is useless either, control is preferable. For us, cleaning work comes before any modernization.

It is necessary to have a Small Collection Truck Service, which can fit through the streets, including those of Montgó, for example, quiet and environmentally friendly trucks, but these services can be started up little by little.

4.- "2 EUROS PER MONTH DOES NOT MEAN A LOT OF EXPENSE". In this regard, a series of questions come to mind:

There are many families (without social exclusion) who cannot at this time and even more so with the current situation of job uncertainty, face many expenses, including that 20% increase, those € 2 and pay 12,5, € XNUMX per month for the collection fee.

For all the above, Gent de Dénia considers that the improvements to the Service are necessary, but some of them may not be immediate. Therefore, it is not the ideal time to increase the payment of the tax to the citizen, it should be done progressively, as the service improves in accordance with the biannual improvements that are approved.

In order to approve this very important document for the city, we believe that everyone's real participation is essential, but we are practically sure that we will soon receive a draft for urgent approval, warning us that nothing happens, that, if we do not agree, we will have open the term of allegations as any citizen to exercise our right to kick.