Opinion of Paco Roselló, Councilor for the Treasury: "To the Popular Party of Dénia, the memory, the calculator and the sight fail"

After the Extraordinary Plead of approval of the pressupost for a l'any 2021, a conclusion vaig extraure of the intervention of the councilors and councilors of the municipal group of the Popular Party: PP de Dénia li fails the memory, the calculator and the sight. 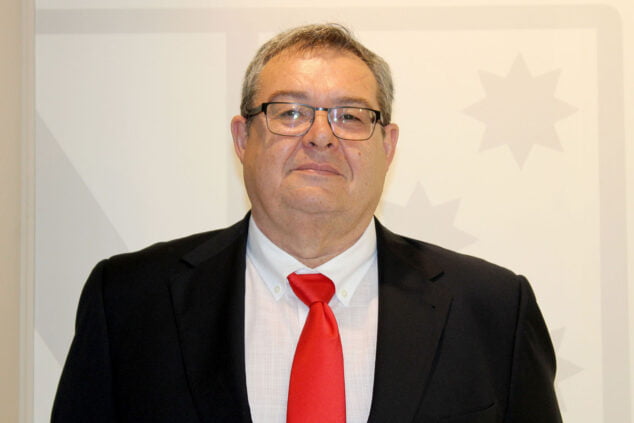 Paco Roselló, Councilor for Finance of the Dénia City Council

Li fails the memory ... Because the popular portaveu, María Mut, the critic is going to pose the cel quan jo hi vaig to affirm that "the PP will only demand tax baixades quan is at the opposition and, per contra, bid-los quan governa". I així is:

- The only proposal of the PP for 2021 is to lower taxes and taxes; Proposal presented, a month, to the general, quan as I know I know, yes they have accrued most of the imposts.

- I quan the Popular Party has governed Dénia, the imposts, IBI and tax for the recollida of the fem, they have pujat and not poc:

They return to err the calculation that they qualify as "ridiculous" the contribution of € 100.000 per to pose in marxa un nou pla d'ocupació: an initial amount identical to the one destined in 2020 to that mateix concepte, and a quantity that they know that It will increase based on the necessities and the liquidation of the pressupost de l'any passat.

The calculator fails again, for the third time, when they affirm that there are 12 million euros missing in the recapture and the wrong sum of a game of more than 4 million euros from Chapter 8 of income, originating from the romanent of Tresoreria, and some more than 6 million of capital transfers not reconnected.

Ben on the contrary, the reality of the pressupost shows the good behavior of the recapture. From fet, the execution of the recapture respect to the drets nets (the reals and reconeguts) has followed the:

I les bones xifres, i definitives, is confirmed in the liquidation of the pressupost de l'any 2020.

Neither does the calculator work when, sense aprofunfir-ne, say that in the pressupost there is no Fons de Contingència, which thing is true; But do not forget that the limit of non-financial despair requires a pressupost with a surplus of € 328.884: a bon fons de contenència per a fer in front of any unforeseen emergency, right?

Li fails his eyes ... Because they saw in the pressupost 2021 a game of € 500.000 destined, diuen els regidors populars, to the repair of l'edifici d'Urbanisme. Yes, as a matter of fact, do consult the annex d'inversions haurien entés that is tracta of the project, very important, of rehabilitation of Torrecremada: pressupostat in 2.559.026 € of the quals, enguany, n'executarem 500.000 (250.000 contributions per l'ajuntament and over 250.000, for the Generalitat).

Cal arrived always the documentation, that from February 10, after the celebration of the Ple, had the power.

One year later, doncs, he has returned to feel the single, popular and populist proposition of who does not govern and trusts l'oblit dels fets passats: lower imposts, "to reactivate the economy." I to the excuse of the bad students when it is the question of the little contribution and work: they have more time to prepare the exams.

Also, one year ago, I attended interesting interpretations of the result of the vote of the pressupost to be able to hold, on a lie, the accusation of "roller" to the government team. Per sort, more clear than the numbers: Dénia's government and Gent team, 13 votes in favor of pressupost 2021; Compromís i Citizens, 5 abstentions; and the PP, 3 votes against.

The government team, utilizing the negotiation, has advised that only 3 councilors, members of the Popular Party, vote against a good pressup proposal, realistic and adapted to the needs of the moment.

"Roller" or, de nou, has the calculator failed again?

Opinion of Vicent Grimalt: "A pressupost per a l'any de l'esperança"
19 of February 2021

Compromís, Ciudadanos and Gent de Dénia adhere to the request of Iaioflautes de la Marina Alta to urge the government to carry out an audit of the Social Security accounts
18 of February 2021

Juan Sapena, new councilor of the PSPV, will take charge of the Youth area
12 of February 2021
1 Comment