Opinion of Compromís per Dénia: "An uncomfortable truth"

At the plenary session it is going to return to discuss the issue of ecological aggression carried out in the dune system, abans existent, in the area of raset. I will be starting a motion that from the Popular Party i Compromís We will agree and we will present to the Portaveus Board per seu debate to the plenary, in which it is necessary to demand from the competent bodies the immediate restitution of the dune area with a regeneration program and that the Council will initiate the necessary procedures to protect area. 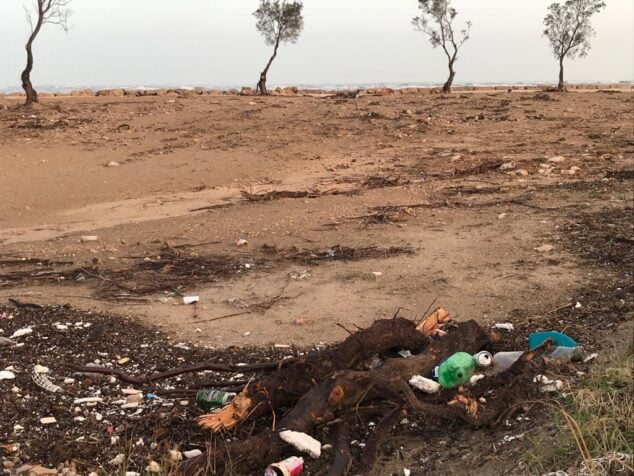 This is an issue that he does not see from nou, i the vam traure to the fore at the plenary of gener 2020, after the denouncements of civil society and col·lectius ecologistes. Aleshores vam demand the mateix, i després d'un any sense cap resposta per part de l'equip de govern, ho fem joint i formalment. Ahir the PSPV Deixar-ho is going to decide on the table with the argument that "there is so much urgency in what happened to the time that the area carries així."

To put us in antecedents. The City Council demands to Ports (competent organization in the area) the neteja in August 2019. First it is going to prune and reduce the vegetation to a minimum, but afterwards it is going to verify (both graphic and audiovisual documents) with large machines suppressing the dune. S'assegurava that only s'havien eliminat stris of work and fem and that there is no cap dune, sols "piled up sand." This is where the history of the uncomfortable truth began.

Asked by the councilors in the 2020 plenary session, the Head of the Environment of the City Council, Maite Pérez al·legava that "I know about the tasks because we are not going to see the requirement" and that "they are about the explanations of the techniques", affirming that it was correct and that it was not environmentally friendly. The only concern was whether the corriolet, a protected species, could have been affected, since it was not breeding season.

Also in February 2020, thousands of people will sign a petition demanding the restoration of the dunes, the arbres and the microsystem of the Raset area. Nosaltres, in addition to sharing this proposal, will urge the City Council to convene a meeting of the Spanish Port-Ciutat with political groups and concerned associations, with the objective of sharing the questions and proposals for regeneration. Beef beef.

During the plenary session, Pérez will give speeches when the councilor José Antonio Cristóbal will ask about the fetus that the Prosecutor's Office is investigating for the destruction of the dune system. Ara said that “yes, it is true that the breakdown has continued to be pronounced”, that the net “will be deeper than it should be” but that “it did not grow to continue per a tant”.

“Estic molt is happy to have a different vision” proudly congratulated the councilor at the fact that the two parts of the opposition support that the graphic documents and the events show that the performance has been wrong and, however, that the Council It is going to spread qualsevol responsabilitat. Eixa is the uncomfortable truth, rare for which it was neither urgent nor important for the government team to address the motion during the plenary session.

Pel that concerns us, of which this content is to know how to arrive at convergent visions of different parts which is a useful political trait and the benefit of society and territory.