The Verger City Council has already opened the call for the El Verger Literary Awards, a cultural initiative that includes the XI Short Story Awards Mestre Tomàs Espí, as well as the IV Vicent Carrió Poetry Awards. A new edition of this consolidated literary contest that will continue to recognize the best works presented in short narrative and poetry in Valencian both in the adult category - over 18 years old - as well as in the youth category - between 8 and 17 years old - as well as promoting local talent through the adult local category (over 18 and registered in the village of Verger). It should be noted the increase in the award of the award in the adult and local categories, which reaches € 300 in this edition. 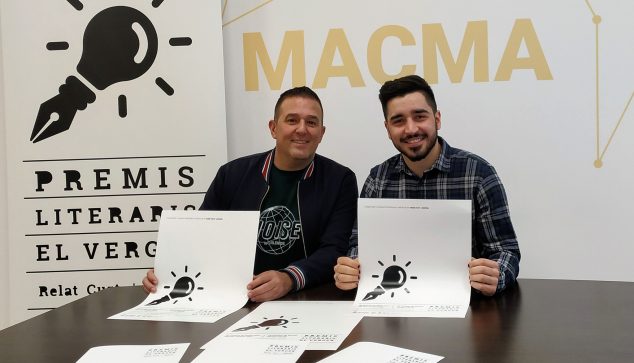 This was stated by Miguel Pou, Councilor for Culture of the City of Verger and coordinator of the awards at the press conference held at the headquarters of the MACMA, an entity that collaborates from the first editions with the awards as a jury and also with the award to the youth category, which consists of a batch of books published by the Cultural Commonwealth. On the other hand, the manager of the MACMA, Jovi Seser, has valued very positively the new design and image of the awards, as well as their growing importance within the map of literary calls of the region.

As for the complete bases of the prize, these can be consulted on the website specially made for the contest (www.premisliterariselverger.com), which includes the requirements of the works to be submitted, works that can be sent in print or by email to the indicated address. It should be noted that the deadline to present the works is next April 3, 2020.

The Department of Culture will announce the verdict of the awards to all participants on June 19, 2020 at 19.00:XNUMX p.m. in a ceremony that will take place at the Torre dels Ducs in Medinaceli. They will also be announced, through the publication of the same, in the Edict Board of the Hon. Verger Town Hall.