The departments of culture and environment of the City of Dénia have worked together to offer this summer a program "designed for different types of public and which is a complementary offer to the sun and beach", in the words of the councilor for culture, Pepa Font. She and her partner Juan Carlos Signes, presented the program this summer, which includes already known and interesting news. 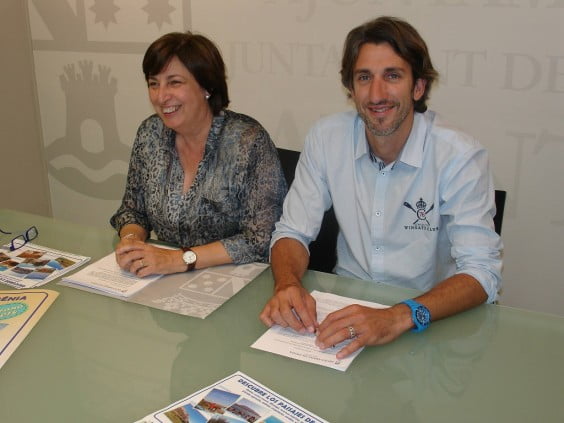 In this way, the months of July, August and September will be full of appointments and activities such as the already known Música al Castell, the Cantada d'Havaneres, the Vora Mar Cinema on the beach Punta del Raset or the XXV International Music Week will be combined with news such as the proposal "A summer of laughter"Which has two performances at the Social Center: the comedian Santi Rodríguez with the show Like in one's house ... nowhere! (24 of July) and the magician Yunke presenting Incantation (August 29). Added to this are the exhibitions scheduled both in the Center d'Art l'Estació and in the rooms of the Municipal House of Culture.

In addition, Dénia neighborhoods will receive one more year the activities of La Cultura als Barris, for which twelve activities have been programmed in two different activities: La Via, which will focus on children's activities, and the park of Les Bassetes, where concerts and film sessions will be held.

September will be completed by the XXIII Mostra de Dansa International Folklòrica (the 4 7 to September) and Gitarrentage (the 8 12 to September). And as important development, also in September three guided by related to the cultivation and marketing of scenarios passes visits will take place. Guided tours will also be important to weight the previous months, since due to the success of last year, are scheduled further visits to the seven gates of the citadel of Dénia, which together with a series of lectures in the hall of Castell will shape a campaign-related Millennium Taifa of Dénia.

This summer will also 2014 as an offer for the whole family program Discover the landscapes of Denia, which will take place between July 15 and 8 August and is divided into five blocks:

On the one hand, access to the pine forest of the Aula de Natura, located in the Parc Natural del Montgó, from Tuesday to Saturday, between the 18 and the 22 hours, for visitors to enjoy the evening surrounded by nature ; during the weeks that the pine forest remains open, an exhibition will be installed on the landscapes of Dénia and the routes that run through them, supported by maps and explanatory leaflets for the visitor. In these facilities will also be held talks and screenings on issues related to our ecosystems, such as birds of the Montgó, the flora and fauna of the marine reserve, astronomical observation or jellyfish research that takes place in the facilities of the Classroom of Natura.

The program Discover the landscapes of Dénia is completed with the realization of ten guided tours that will bring visitors to the natural surroundings of Dénia: dunes on the beach, the Greenway and agricultural landscape between orange trees, the Mediterranean garden of l'Albarda or the marine reserve, among others.