"There is an economic postwar coming to us, in a territory where the main driver is catering and tourism"

In the Marina Alta we live on the reciprocity that occurs between our population and the one that visits us, on gastronomy, on the quality of life and the Mediterranean essence. So we must ensure to return to offer that quality tourism, with a differentiating character, which has served us to build a good part of the important business network that we currently have. 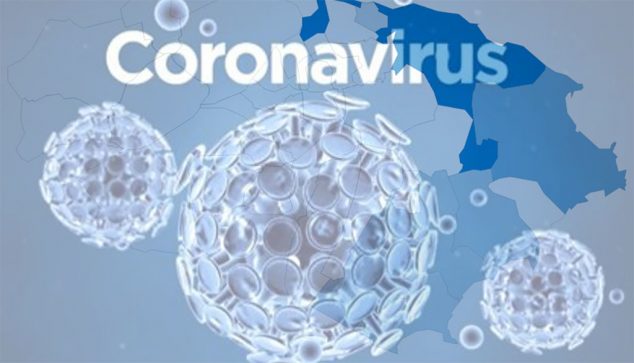 COVID in the Marina Alta

From the Punt Nàutic of Creama, a project framed within the Territorial Agreement for the Occupation and Territorial Development and subsidized by the GVA through Labora, which was born as a result of the demand by the different territorial agents to implement specialized training in the territory, which is adapted to the needs of the nautical sector, a study is being carried out to find out to what extent the current health crisis and the consequent economic paralysis affects the maritime sector of our region.

Throughout this study, started with the declaration of the Alarm State and which will continue to be updated, monitoring the changes produced in the next phases and the long-awaited arrival of the "new normal", it is analyzed from a qualitative point of view as This state of exceptionality is affecting the business fabric of the maritime sector. Thus, a series of telephone interviews have been carried out with different entities in the region corresponding to the aspects of maintenance and repair of boats, nautical sports, nautical recreational and fishing, from which a series of explanatory conclusions can be drawn. The data extracted from this first wave of interviews, correspond to the period of time between April 14 and May 18.

The dates are playing a very important role in the start of the different activities according to the type of entity, development of daily tasks, return to production, marketing channels or sales made. But there has been a common denominator in all the interviews carried out so far and which has stood out above the rest, the great economic impact that COVID-19 has had on the nautical sector.

In addition, there is a general vision in the sector regarding the management that has been done by the competent authorities, having provided poor communication and in many cases ambiguous that encourages free interpretation. Similarly, it is considered that the administrative procedures that have had to be carried out as a result of the situation (ERTE and aid) should have been simplified, as well as having given a more relevant role to the municipalities in decision-making.

During the period of the state of alarm, the agents of the nautical sector have been taking several initiatives such as the application of the recommended sanitary measures as well as others that have been taken on their own initiative, the implantation of telework in administrative and customer service personnel. or the flexibility of working hours to facilitate access to citizenship.

Fishing is considered one of the essential sectors, and as such it has been allowed to continue with the conventional activity throughout this period, always respecting the security measures established by the competent authorities and which led the smallest vessels to present a ERTE due to the impossibility of being able to respect these security measures, such as social distance. However, from the fishermen's guilds different positions were adopted regarding this.

In Calp, the Brotherhood interpreted that it was possible to continue with the conventional activity, so they were the main ones in charge of covering the demand for fish in our territory, which was around 40% of the usual product, while practically nothing has been caught. seafood. "Currently we are privileged, since we have been able to continue our activity, and although the most expensive genus (seafood) has not been captured, the supply from other ports has been completely paralyzed, so one thing has compensated for the other."

In Denia, the Brotherhood decided not to go out to sea until May 11 due to the lack of hygienic safety equipment, and also due to the lack of a specific order or recommendation by official bodies. "We were aware that the Easter campaign was coming and we knew that the hotel industry had stocked up on goods, so we prioritized the safety of our sailors".

En Jávea it was chosen to start its activity in the third week of confinement, only leaving the necessary boats (around 20%) to cover the demand of the own store that the brotherhood has. "The closure of the hospitality industry is greatly damaging the fishing sector, the consumption of fish is of great importance in the Mediterranean".

In June the closure and the fleet for their activity begins, but in July the brotherhoods will return to work 100% again because there will be no ERTE or aid. From this point on, it is when our fishermen predict that they will face a paradigm where the significant economic losses suffered so far will add to a resumption of fishing activity marked by low demand from the catering sector, which, surely, the influx of tourists will be considerably diminished.

On the other hand, the rest of the maritime sectors, such as recreational boating, have been considered as non-essential services, with which yacht clubs, private marinas and dry docks have had to close to the public during the first weeks of Phase 0, being able to carry out only urgent seamanship and maintenance of boats, to guarantee the safety of the boats themselves. It was not until April 17 when professionals from the sector were allowed access to these facilities, marking the beginning of this type of production.

The cancellation and reduction of vessels hired for the months of April and May, the delay in the entry of long-haul vessels for the month of June or the uncertainty regarding international traffic in the summer, have marked that both Varadero Port Dénia and Marine Spirit Varadero (Calpe), are currently focusing on commercial vessels. Although it is true, that the second entity has confirmed to us that it has been a very strong economic blow for them and in view of the economic losses expected for this year, they have made the decision to permanently convert to local traffic.

As for the nautical clubs, they have been affected both by restrictions on boat traffic and by the prohibition of sports activities. "Many of the sports activities that take place throughout the year have been canceled and although the practice of sports has been allowed for a few days, sanitary security measures do not allow a normal development of nautical activities".

On May 11, with the entrance to Phase 1, the fans were able to go sailing in a setting where the limitations and restrictions set by the health authorities are extremely important. So much so, that the nautical sector has its own protocol for protection and prevention against COVID-19, as a result of the communication and positive interaction that is being maintained between the entities of the sector and the competent authorities.

The different entities interviewed are clear that the recovery will last for the rest of the year, starting to raise its head in March 2021. And if as stated by one of the interviewed agents: "There is an economic postwar coming to us, in a territory where the main driver is catering and tourism"This summer will be a turning point in the survival of many companies that make up the nautical business fabric.