The runner Moisés Espinós was the winner of the "XXXIV Volta Ciclista a la Marina 2020". In the last stage disputed in Ondara, the Jesús Pobre rider defended tooth and nail the orange jersey as the first rider in the general classification. 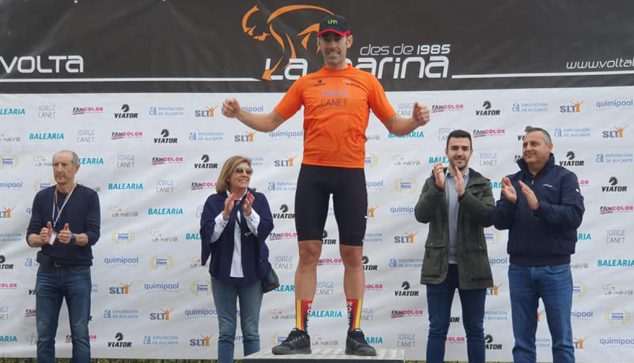 Moisés Espinós on the podium with the winner's jersey

It was a race controlled by the Suministros Dama team, with its leader, Moisés Espinós, who was attentive to the timid escape attempts that took place along the route. In the end, a small group of 21 units showed up at the finish line. The most powerful in the sprint was Pedro José López, winner with a time of 1: 30.53. The same time was given to this numerous group where they were the favorites for the final victory.

After the seven races held, the absolute winner of the Volta a la Marina was Moisés Espinós from the Suministros Dama team with a total time of 9: 10.27. Second place went to the runner from Gata de Gorgos Sergio Torres, from Velosol, ten seconds behind the winner. The podium was completed by the cyclist Pedro José López, from the Orquin Group, 20 seconds behind the winner. 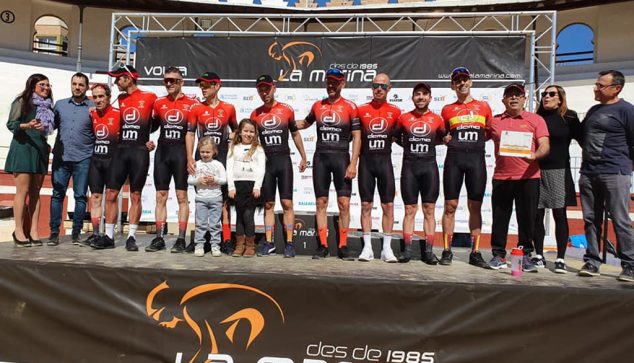 The winner of the flying goals was Pedro José López with 16 points, while the winner of the mountain award was Sergio Torres with 7 points. The first Alicante award went to Moisés Espinós, although the jersey was worn by Álvaro Arenas, and the jersey for the best Master 40 went to David Fajardo. In Master 50 the winner was José Ramón López and in Master 60 Francisco Ganga.

In females, the purple jersey was for Cristina Barrajón. In the final team classification, the winning formation was Suministros Dama, followed by Vito and the third place went to Des Solar-Puertas Castalla.