The athletes Moha Rida and Youssef Ahatach, from Dénia Corre, once again became the dominant players in the scoring race for the Circuit a Peu Marina Alta, which on this occasion was the VIII Popular Curse Solymar Calp. 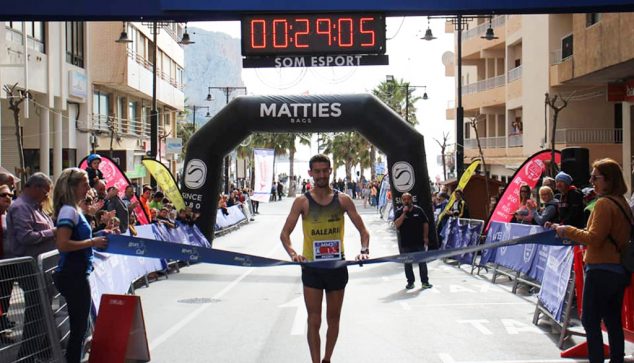 With a route over 9 kilometers that ran through some of the most emblematic streets of the old town and along the promenades, the two members of Dénia Corre, Moha Rida and Youssef Ahatach, in the company of the Polish Tomasz Marcinek were the ones who imposed a rhythm that He broke the race.

With a flat track that suited these two athletes who did not resent the effort made on the previous day when they played races on the indoor track, they again demonstrated their great moment of form to get clearly distanced from the finish line.

Just like it happened in the test Xàbia, the last pull of Moha could not be answered by Youssef who, yes, kept the Polish athlete at bay. The winner Moha Rida Younes finished the test with a time of 29:06. Second place went to Youssef Ahatach with a mark of 29:20. The third classified was Tomasz Marcinek, with a record of 29:33. 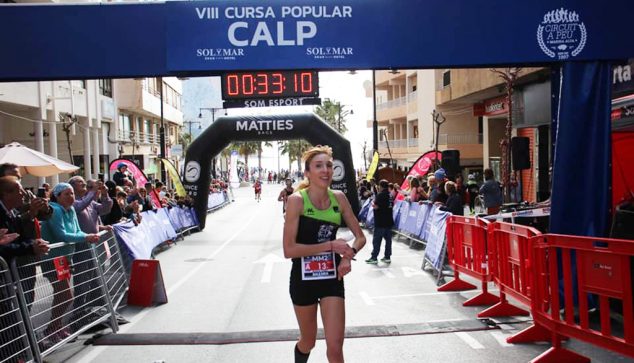 In women, the best one was M. Isabel Ferrer, from the Llebeig Xàbia Athletics Club with a time of 33.10, followed by Esther Fornés, from CA Cametes Pedreguer, with a time of 36.08 and third place went to Marta Ortego, from Dénia Corre, with a mark of 36.50.

You are still in time to eliminate cellulite before the summer at Castelblanque Esthetic Clinic
more promotions Browse Contests
The weather in Dénia
Dénia
4 June, 2020