The athlete Moha Rida was proclaimed regional runner-up in the Master category. Rida, who was injured three days earlier, competed without being one hundred percent but again demonstrated the extraordinary class she has. He remained at the head of the test along with the best of the Valencian autonomous community. 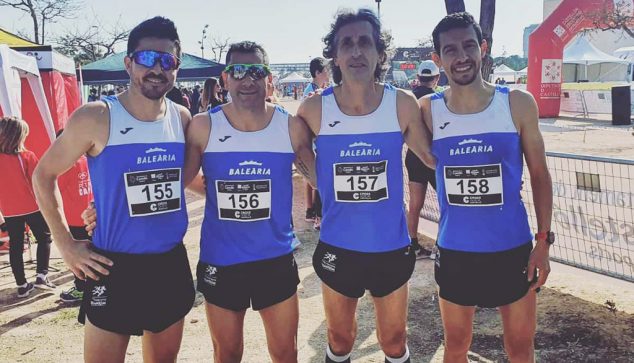 The dianense club runner crossed the finish line with a mark of 12.49 to 6 seconds from the first one that was Miguel Ángel Sánchez of the Elda Economic Shirts, which made a time of 12.43. The third place was Ignacio Pastor, from the CAVA Stock Logístic, who finished the race with a 12-53 record.

Moha Rida Younes, who this season has joined the Athletics Club Baleària Dianium, obtained with this position his direct pass to dispute the Master Spanish Championship that will take place in the Prairie Hípica, in Jérez de la Frontera, on March 1.

A date too close to prepare with guarantees, their participation in a National, where they will be the best on the Spanish scene, given his injury. It seems that if there is no last minute change, Moha Rida would prefer not to force and recover well from her injury. His presence in Jerez is not ruled out but everything will depend on the evolution of his foot.

This year, the 41st Cross Ciudad de Castellón premiered a circuit in the Auditorium Park, a fact that favored the influx of public. Review that the Athletics Club team Baleària Diànium was represented, in addition to Moha Rida Younes, by Aitor Cabezas, who finished the test in 16th place with a mark of 13.41, Víctor Fernández, who finished in position 27 with a mark of 13.58, and the fourth component of the team was José Antonio Álvarez who finished in position 29 with a record of 14.04.

The team's performance was remarkable although it failed to be on the podium since it finished in fourth place. The winning team was the Elda Economic Shirts with 24 points, the second place went to the Delta Valencia with 28 points and the third place went to the CAVA Stock Logistic which added 59 points. The Baleària Diànium Athletics Club finished with 74 points. The Dianense club in this way got the direct pass to play the Spanish Master Championship

At the moment it seems that the club will not travel to this appointment since the dates do not come well to the athletes who compose it.