On Sunday 17 of February, the Pascual García celebrated the snack of the Child Scroll. In this act the children of the West collected their children's parchment from the hands of Fallera Mayor infantil, Marina Llorens and President Infant Iván Molina. 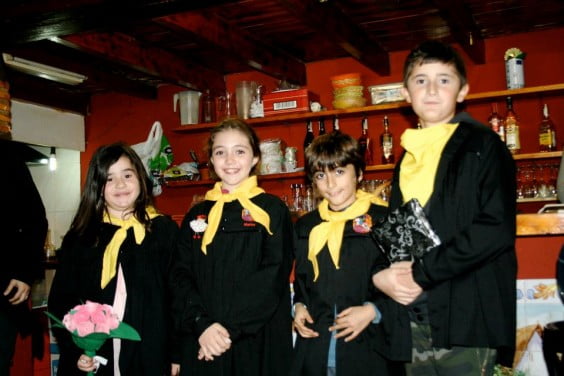 The first to receive their parchment were Angela Castillo and Hugo Martinez, positions 2012. At the end they gave way to the children's committee, who were happy to pick up their parchment. It was an afternoon of partying for the little ones of the fault. In addition, on Saturday Marina Llorens and Ivàn Molina received the medals of the Local Board Fallera in the Fallera Infantil Gala.