Fifty people are concentrated in Dénia against animal abuse

Just over 50 people gathered on the morning of the first Sunday of parties in Dénia Calle Marques de Campo to protest against animal abuse in our country. Taking advantage of the celebration of the Bous a la Mar, they organized a performance in which several people dressed in black and bleeding sprawled on a blue cloth, showing their disagreement with this conclusion. 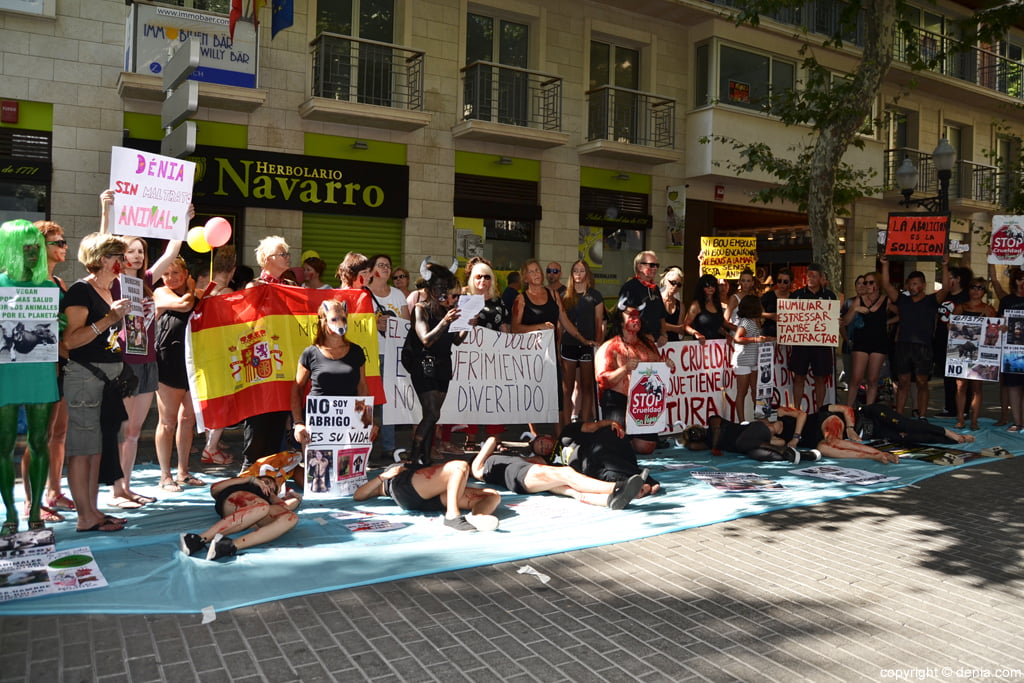 A spokeswoman for the organizing platform read a lengthy statement of defense of animal rights and against their exploitation for public purposes or economic interests. After reading, demonstrators threw slogans like "Abolition", "Bulls no" o "Torture is not culture".

The concentration, which was controlled by four agents of the National Police of Denia and two officers of the local police, passed peacefully until about noon 12, calling the attention of those passing by. 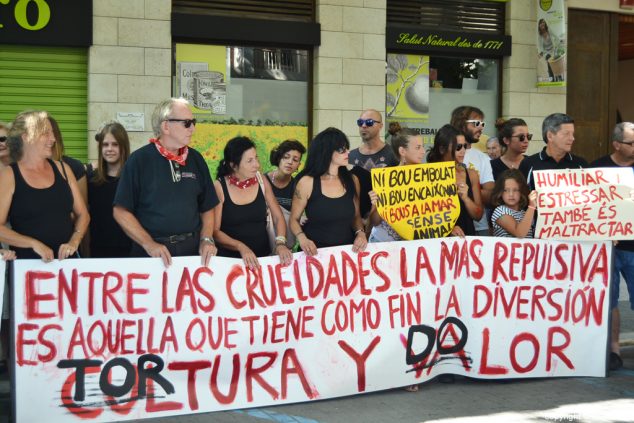 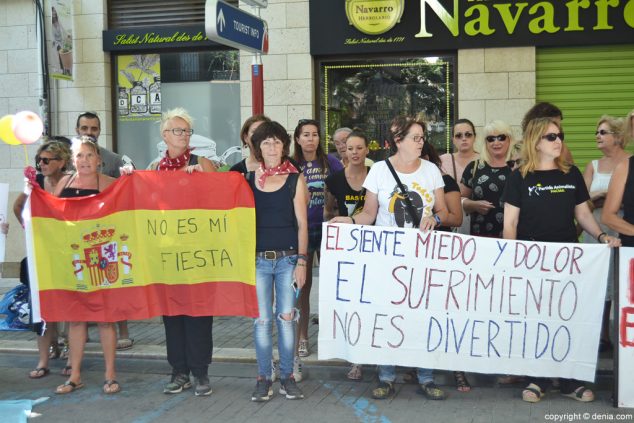 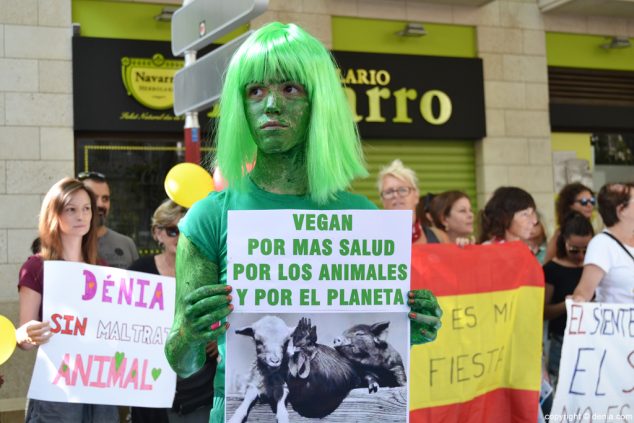 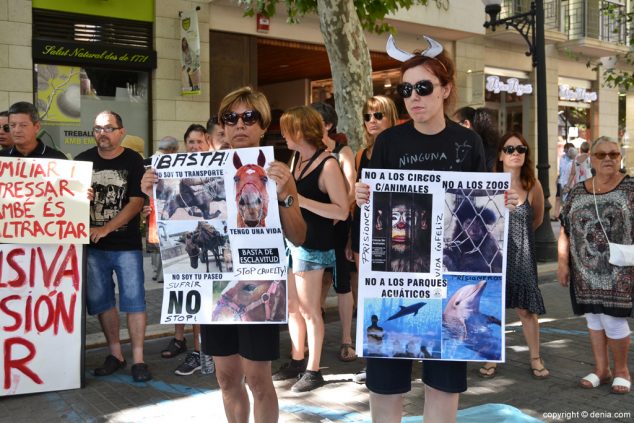 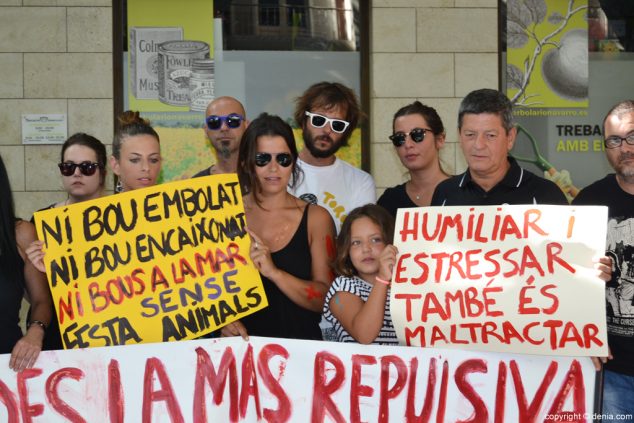 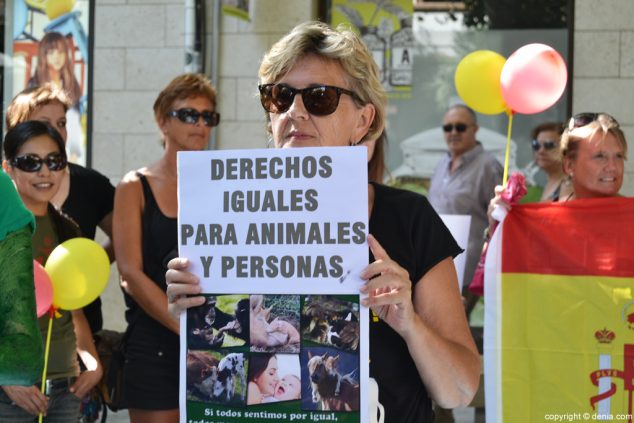 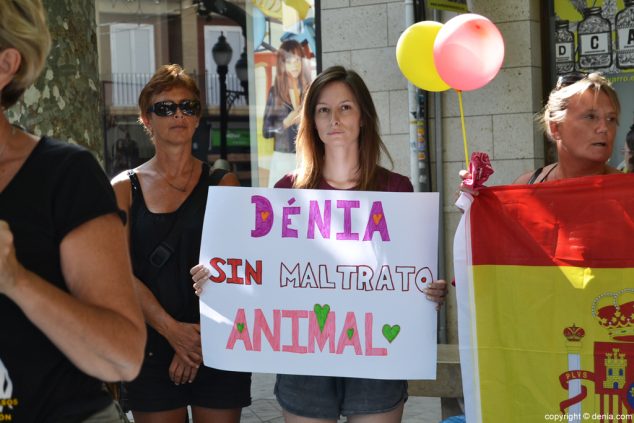 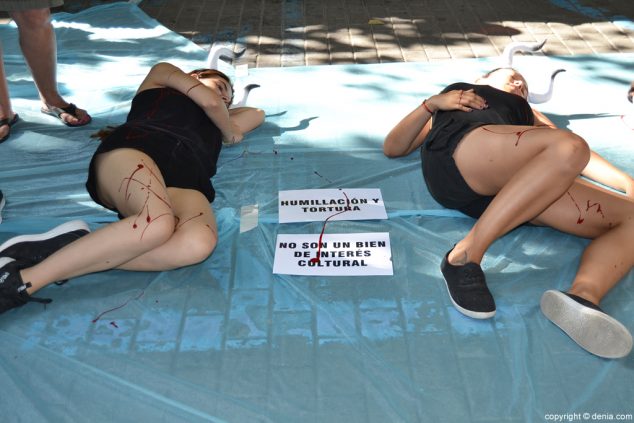 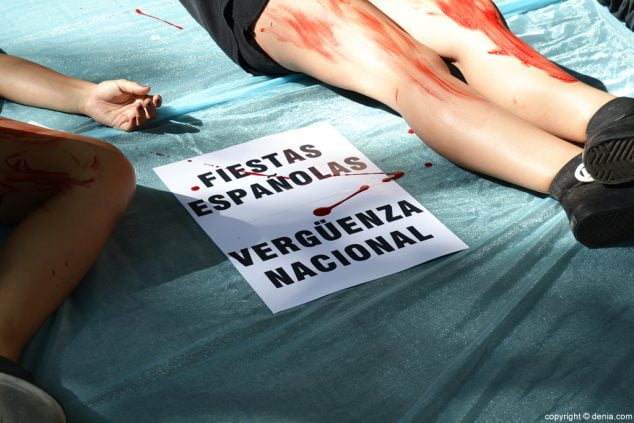 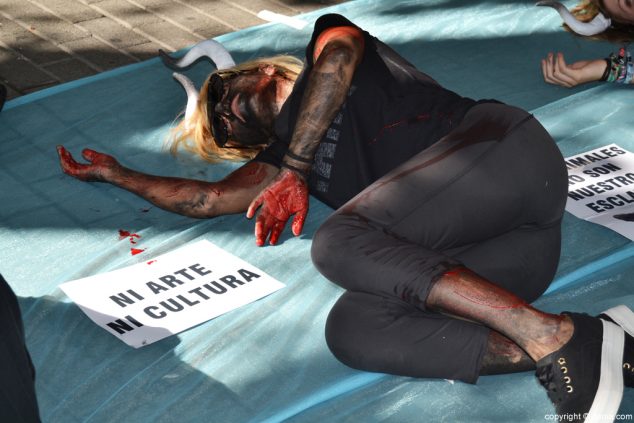 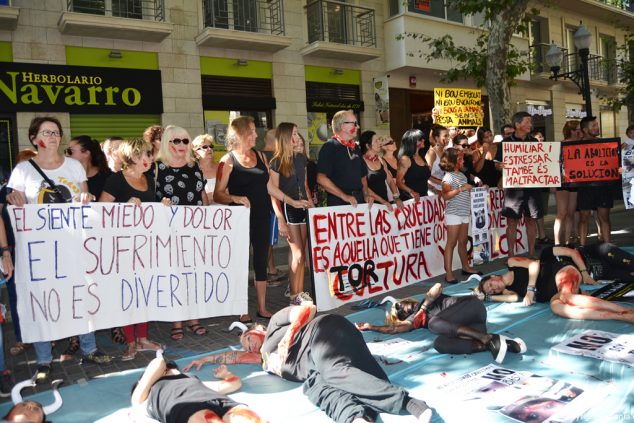 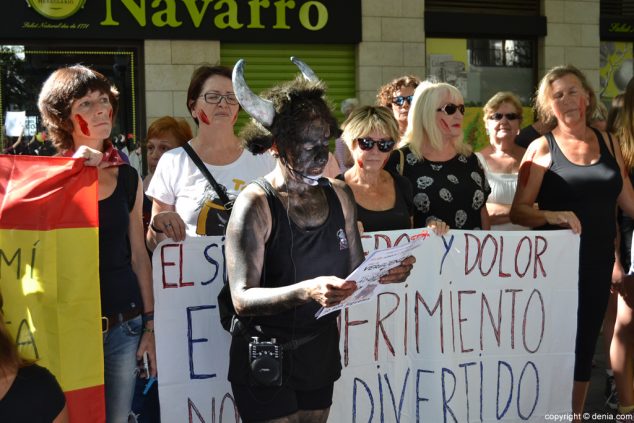 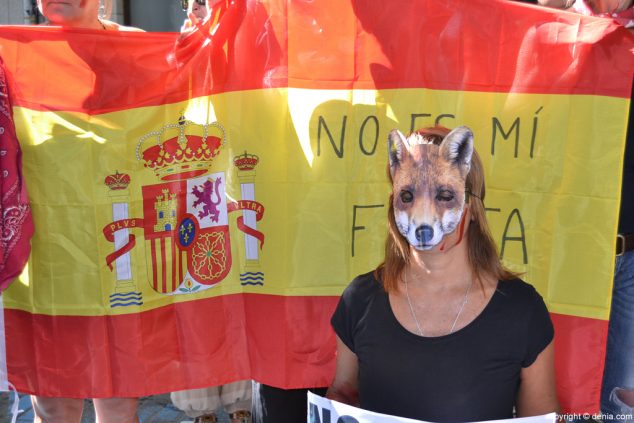 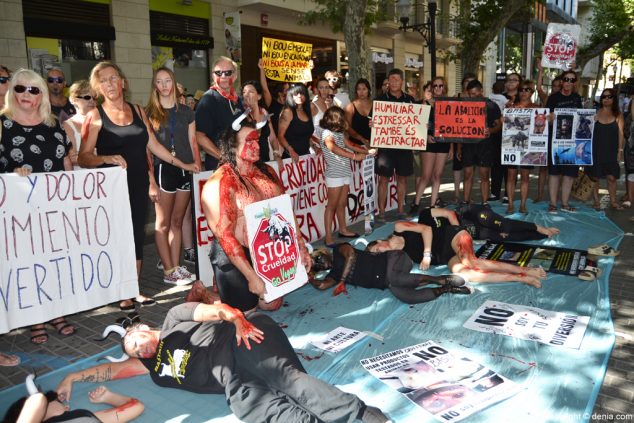 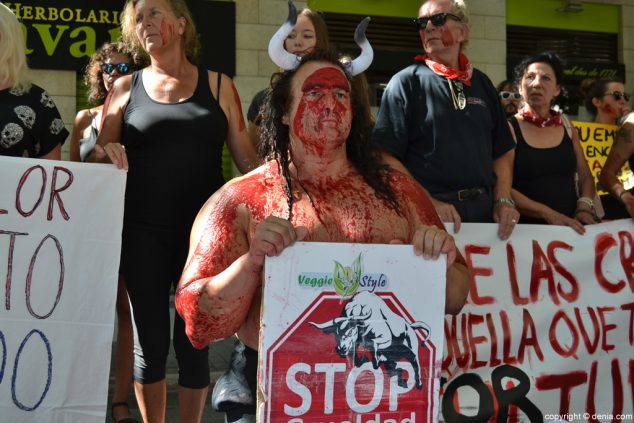 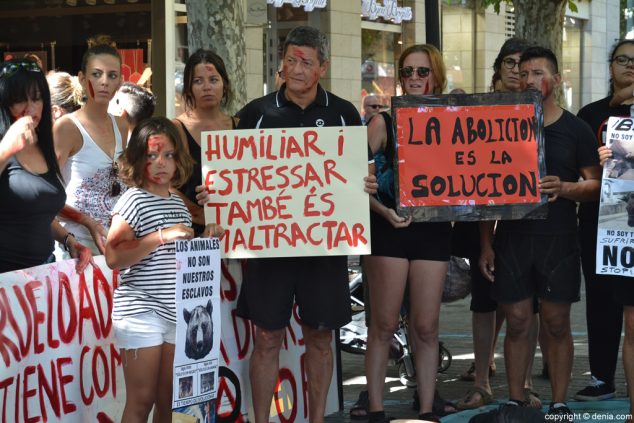 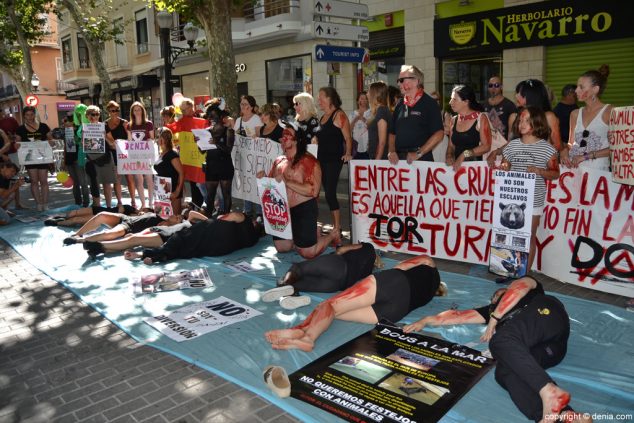 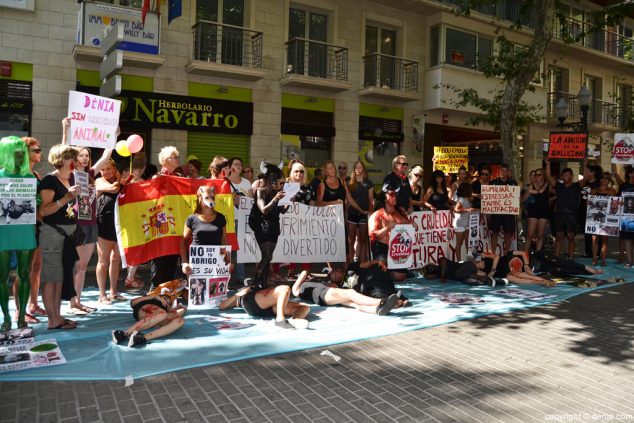 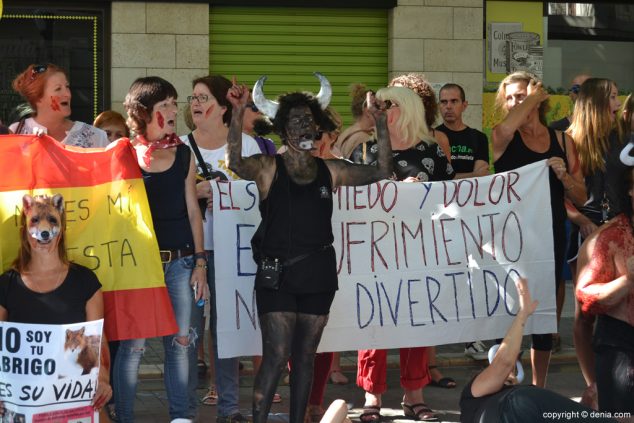 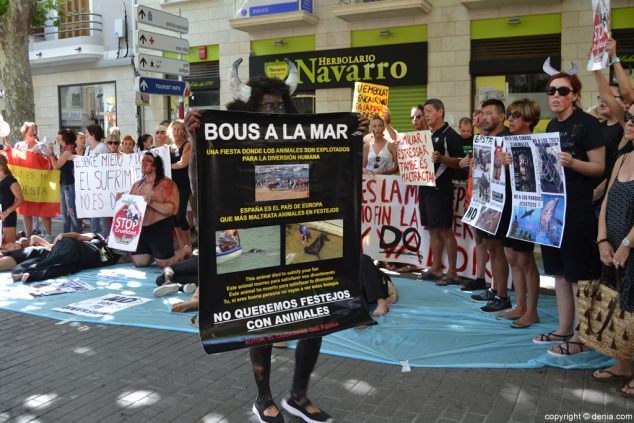