Half a year and 659.000 euros will involve the works to remove the parking spaces in Valgamedios, Tenor Cortis and calle Mayor

The Governing Board held this week has awarded the redevelopment works of the Plaza de Valgamedios and surrounding streets and squares to the company Construcciones Porticada SL with a budget of 659.448,26 euros. The Alicante Provincial Council subsidizes 65% of the total cost and the City of Dénia the rest. 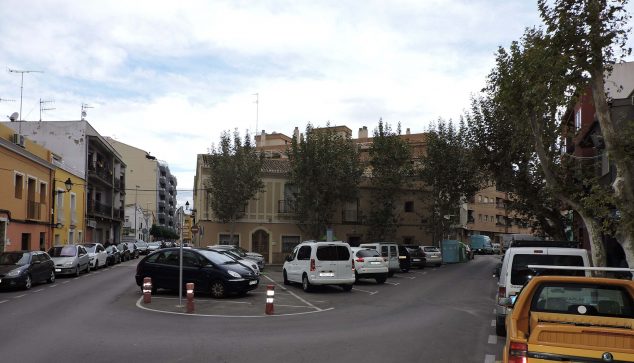 The redevelopment project aims to solve the problems caused by road traffic and parking in narrow streets with insufficient sidewalk for pedestrian crossing, as well as improving the situation of existing, obsolete infrastructure and without a storm water drainage network.

In Valgamedios square, the project plans to abolish the parking area in the central area to make it a place for exclusively pedestrian use. A paving performance will be carried out and benches, litter bins and mobile planters will be placed that can be removed when required. The vials that surround the plaza will maintain their current state and use.

In addition to Valgamedios square, there will be performances in Mayor, Bretxa, Cos de Guàrdia, Pare Pere, Estrella and Tenor Cortis streets.

Calle Mayor will become an essentially pedestrian street where parking will be abolished, although vehicles will continue to be allowed. Sidewalks will be demolished and the asphalt firm will be replaced by cobblestones. A similar action has been planned in the perpendicular streets of Bretxa and Cos de Guàrdia, with paving of the same type.

In Calle del Pare Pere, only the road surface will be acted on, without altering the current geometry, use and typology. For which, the project distinguishes two areas. In the first, which reaches from Calle de la Estrella to Plaza del Tenor Cortis, the current pavement will be erected and the sidewalks and curb will be renovated. In the second section contemplated, between the Plaza del Tenor Cortis and the calle de Ramón y Cajal, the milling of the current road surface and its resurfacing are planned, maintaining the current infrastructures.

On the other hand, in the Calle de la Estrella, taking care of the problems of evacuation of existing rainwater, sewers will be installed for collection and a pipeline for pluvial water that, in addition to collecting the water that comes from the Calle Mayor, connects with the existing network on Calle de Moncada.

Finally, the Plaza del Tenor Cortis will become a pedestrian space, preventing access by road and parking on the sides, except for access to an existing ford. Yes, road traffic that crosses the plaza through the center will be allowed. In addition, the repair and reconstruction of the existing planter in the center of the plaza has been planned, maintaining the current design.

The term of execution of the works is 6 months.

2020 without parties: at what other moments in history have they been suspended?
04 de julio de 2020
Leave your comments