More than 600 school participating in the VII Bicycle Campaign

The 5th grade students from Les Vessanes, Maristas, Alfa & Omega, It montgó, Pou de la Muntanya, Cervantes, Sacred heart, Llebeig and Paidos, the school of La Xara and the Pare Pere de Jesús Pobre have attended the seventh edition of the Bicycle Campaign organized by the Local Police of Dénia. 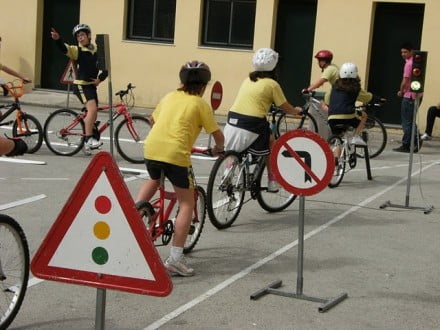 The objective is to improve road safety from education and to change behaviors from the start of the activity as a driver, adopting positive and responsible attitudes and respecting other drivers. 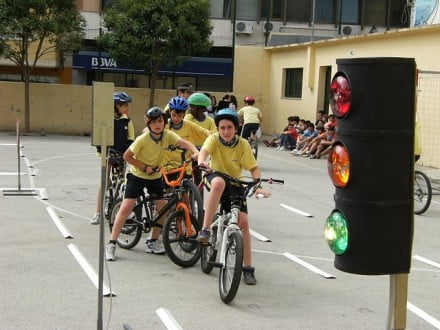 The classes have been carried out in the Mobile Infantile Park of the Local Police of Dénia that contains road markings, vertical signs and traffic lights, in a way that simulates streets, avenues and squares with rotating sense. In addition, each student was given a diptych with the rules of driving bicycles.