More than 4.000 people have participated in the 'Family Activities' program during the course

The program "Family activities"Organized by the Department of Culture and Environment of the city of Dénia has been very well received as they have participated in it, more than 4.000 people. 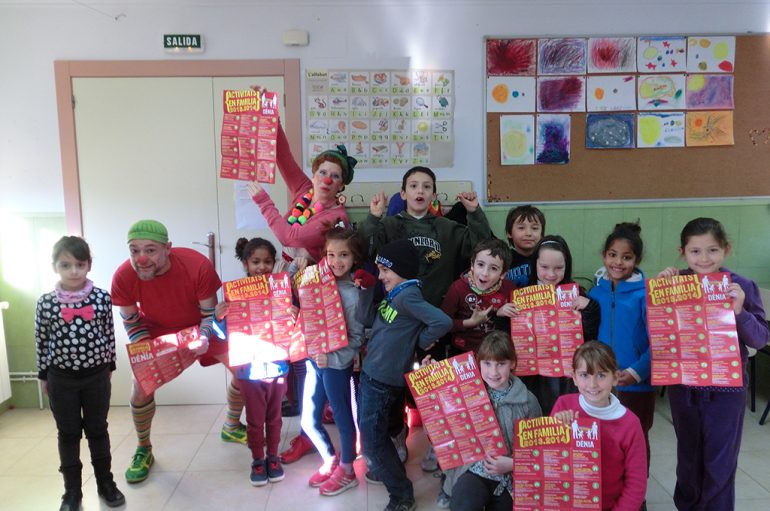 Campaign activities, compliance with 14 issues, is well established and responds to an ever wider demand for families who want to share the Sunday morning living unforgettable experiences. In this course a total of 37 activities that have been developed from September to the end of this month, coinciding with the school calendar is scheduled.

They have been conducted walking tours visiting the ancient olive tree of Jesus Pobre, or Les Planes and Cape San Antonio, excursions to l'Albarda garden or the Marine Reserve of Cabo de San Antonio.

It is worth noting, due to the good reception by the public, the guided visits with an expert guide through the routes of the municipal architectural and historical heritage, such as the Peña del Aguila, the Capucha cave, l´Almadrava, the Torre del Gerro or the Dénia Castle.

Also it deserves special attention the route Time Pansa, who toured rural heritage related to this so important to the region in the last century business.

The 12 theater performances and dance were held at the Social Center, also had a great reception. Shows that received assistance from the Provincial Council of Alicante and Valencia through CultuArts. But the musical performances should be noted, the importance of active participation by young musicians dianenses and the region. Tenor Cortis Conservatory students Denia or students of the School of the band that offered educational programs specifically for this campaign; and the JOMA, Youth Orchestra of the Marina Alta and Nova guitar company

A great balance that has left very satisfied with the organizing departments of the campaign "Family Activities"That is already working for next year's edition.