The Spanish Formula Kite Olympic team already has its official headquarters and is in Dénia. The Marina El Portet Water Sport Center has become the place where the six members of the team will carry out each and every one of their training sessions this summer. In fact, this same last weekend the kitesurfers were testing their equipment and measuring their strength on the Dianense coast. 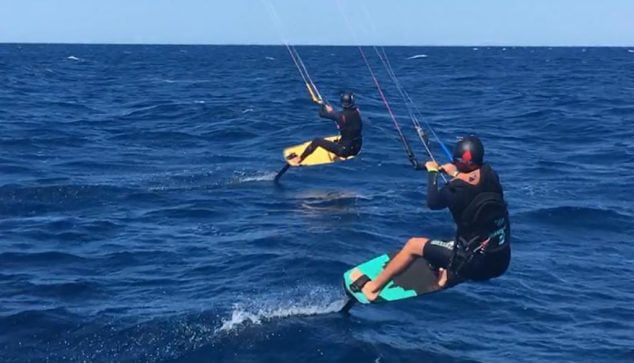 The team is made up of the Catalan Gisela Pulido, ten-time Spanish Freestyle champion; the Valencian Álex Climent, current champion of Spain in Formula Kite; the dianenses junior Kiko Peiró and Sebastián Ducos, and the Catalan Simón Burner, junior also. Of these six competitors, only one will be chosen to represent Spain at the 2024 Paris Olympics.

As the coach of the Spanish Sailing Federation, Manu Sanz, points out, athletes have a long way to go that begins precisely with the 29 training sessions, which aim to start the work routine facing the 2020-24 cycle and assess the progression of individual work with a scoring system.

Sanz has confirmed that if the health crisis allows it, the team is scheduled to move to Poland from August 18 to 23 to participate in the 2020 European Championship in Kolobrzeg.

Nautical sports school as a quarry

The Marina El Portet Water Sport Center celebrates its fifth anniversary this year. Manu Sanz, who in turn is the director of the Marina El Portet Sailing and Nautical Sports School, has been proud that young people trained at the school have climbed as high as Kiko Peiró and Sebastián Ducos have done.

Sanz's partner, Mireia Ronda, recalled that more than 1.500 athletes have passed through the school and learned to sail.