Marina Bermejo, 4th B primary school student at the public school It montgó, has been the winner of the 24th school Christmas card contest convened by the Department of Education of the Dénia City Council. Marina Bermejo's drawing will be the image of next year's programming and Christmas greetings from the town hall. 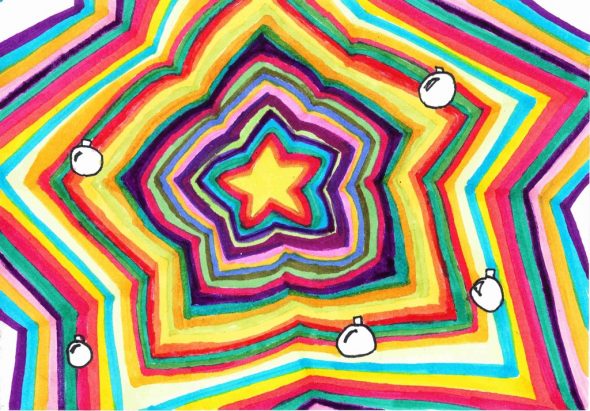 Given the quality of the papers presented, the jury has decided to grant two seconds and two third prizes. The second prizes were won by Carla Serer Durá and Mara Crespillo Pavía, students of 1º A from the Pou de la Muntanya school. The winners of the third prizes were José Zapata Serra, from 6º A, and Neus Ivars Aledo, from 5º A, both also from the Pou school. 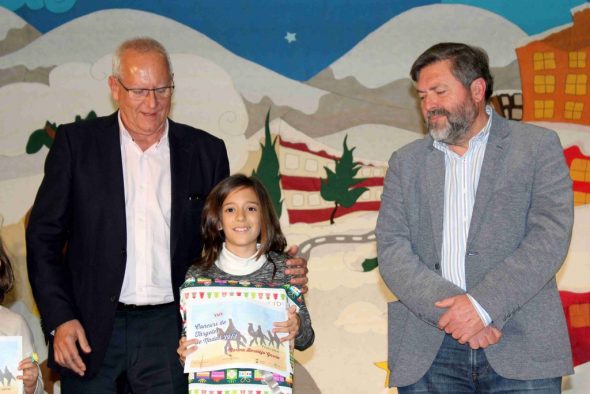 In addition, the drawings presented by Nicolás Arnaz Rojo, of the school Paidos; Aisha Sidi, from the Maristas school and Beatriz Margwean, from the Cervantes school. And they have received diplomas of special mention a total of 51 participating schools and of other 47 accésit. 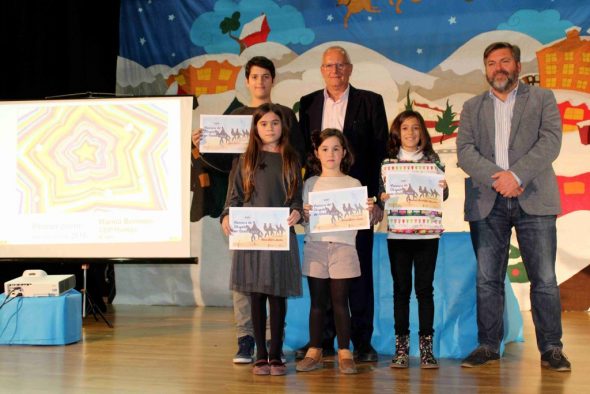 Finally, the jury has awarded a special mention to the 3 Children's teacher at the Pou de la Montaña school for motivating the creativity of the students, the originality, the resolution and the diversity that they have fostered in the drawings.

The Cervantes school wins the prize for the best Bethlehem

The Cervantes school nativity scene has won the first prize of the contest "for its originality, creativity, ambience, innovation and the involvement of students, families and teachers". 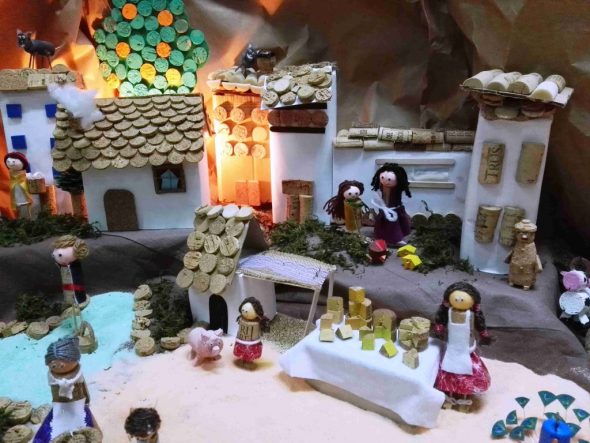 The jury has awarded the second prize, "for the participation and involvement of the entire educational community of the center, setting and awareness of the need for recycling to conserve the sea", to the Montgó school. 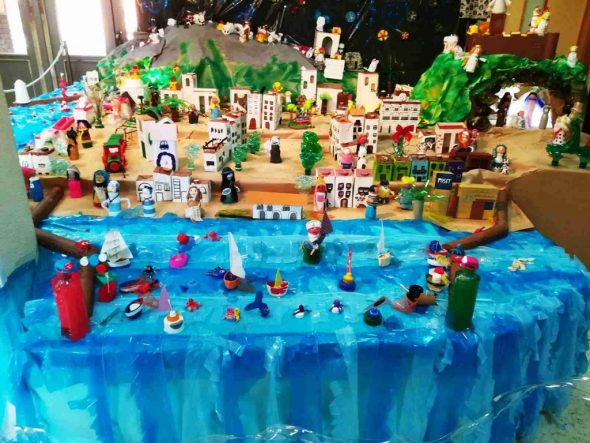 In addition, the jury has decided to award a special prize to all the rest of the participants. In the Sacred Heart school, for the innovation and use of the assembly for solidary purposes; Les Vessanes school, for the use of recycled materials to improve the environment; to the school Raquel Payá, for the innovation and change of perspective in the nativity scene; al Llebeig, for the use of new materials and clarity in the composition and in the San Juan Bautista school, to maintain the tradition in the nativity scene.

The awards ceremony and diplomas took place yesterday in the hall of Llebeig school with the assistance of the mayor, Vicent Grimalt, the Councilor for Education, Rafa Carrió. 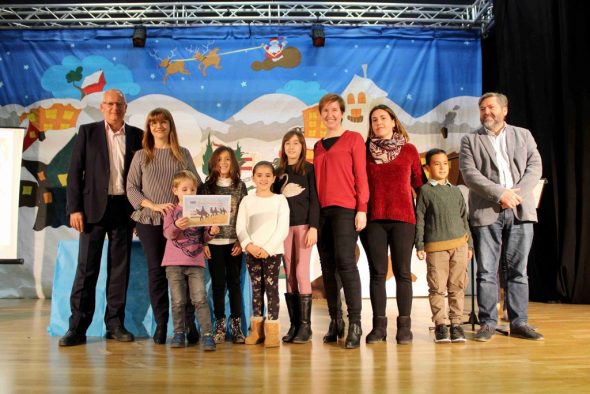 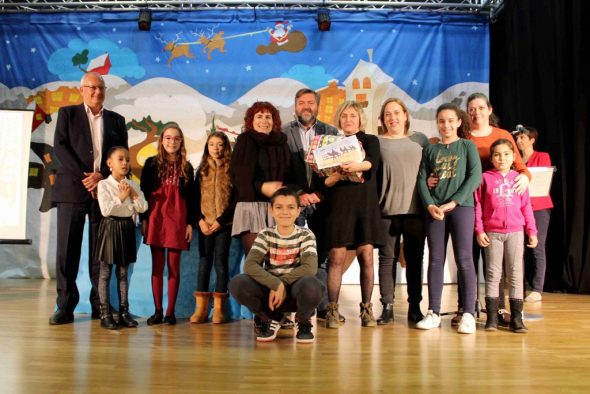 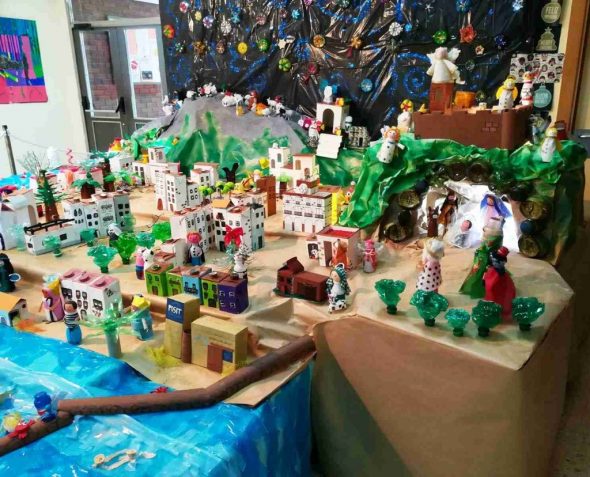 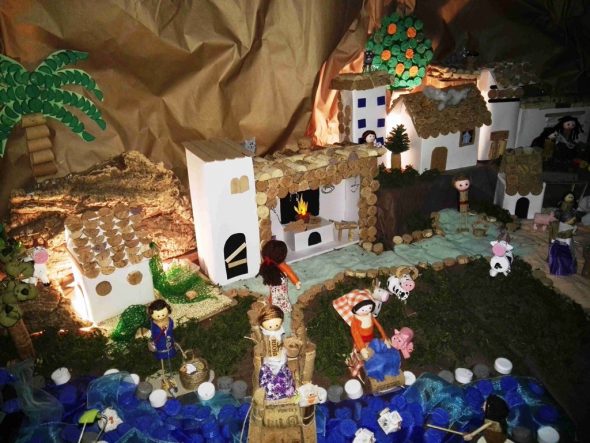 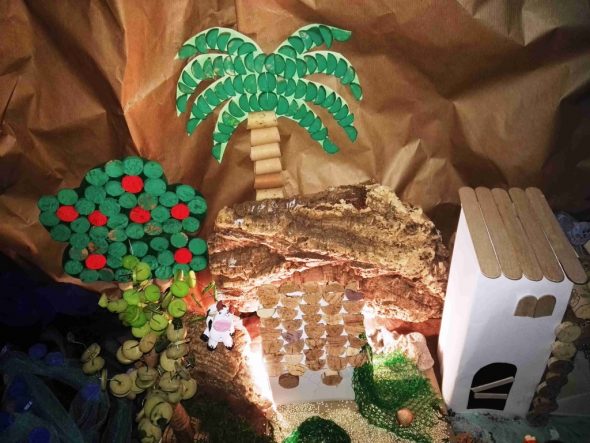