Manolo Catalán, from the fails Center, was commissioned this year to proclaim from the rooftops the arrival of failures to Dénia. Neither the rain nor the gale that arose in the city shortly after the start of the parade did not diminish the enthusiasm of the falleros nor the message of the preacher.

With a careful staging, the proclamation began with a show of light and lots of color on the facade of the Town Hall, where each balcony was lit with the color of the eleven Fallas commissions of the city of Dénia.

In his speech, Manolo Catalán praised the team formed by Benavente in the Local Board Fallera, but reminded them that the faults are eager to enjoy their neighborhoods, and requested a program "lighter official" in which "the hours must be well marked". He also recalled the state of the city at this time "Half Dénia is up for the works, and the other half full of holes". 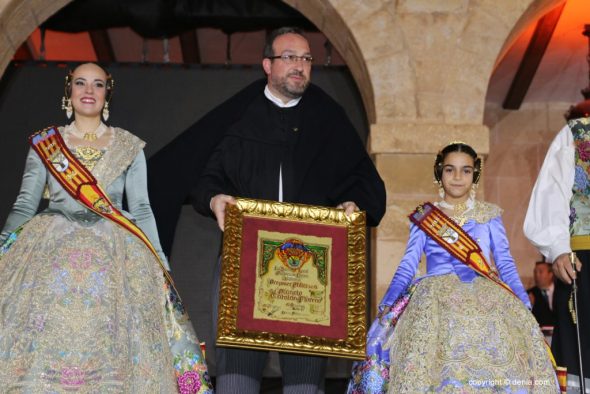 To the commissions he reminded them that "the monument is the main piece in the street", so he asked to be given "esteem and knowledge", which "the ninots are sanded and well painted, and the posters, by obligation, standardized".

In the second part of his speech, Catalán addressed words of affection to the major falleras of Dénia, Melani and Carla. The town crier stated that "the mix makes the party prettier", and highlighted the virtues of the eleven commissions of the city.

Before finishing, he thanked the audience for the presence of the rain, and recommended them to have fun and show "to all the neighbors of Dénia that the failures are of our city". 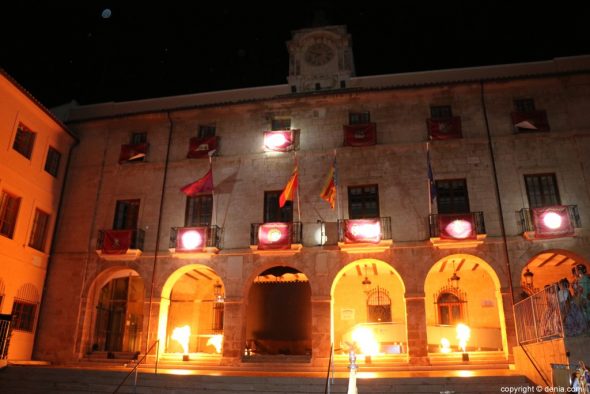 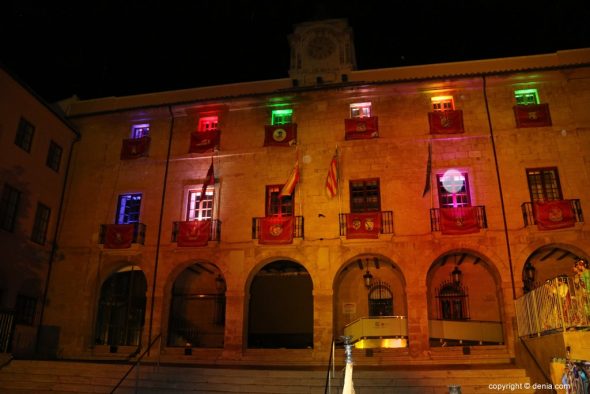 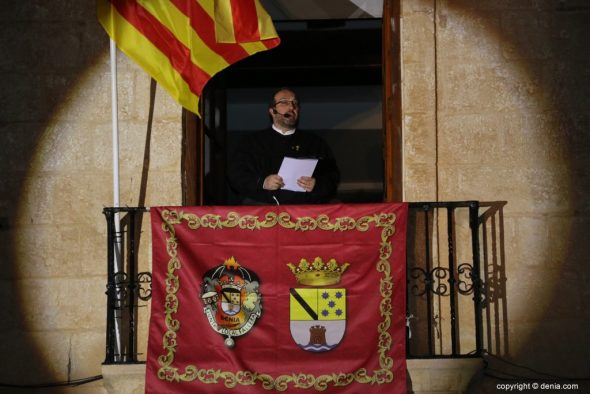 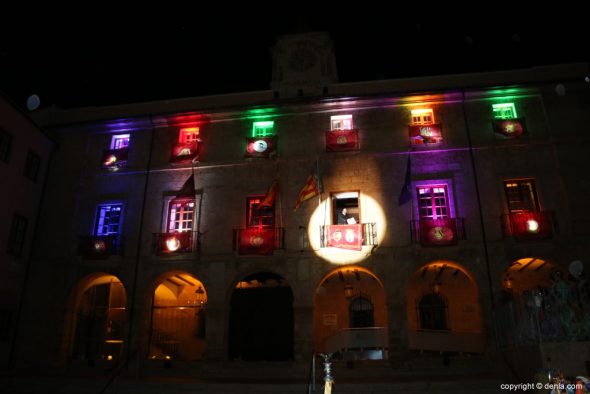 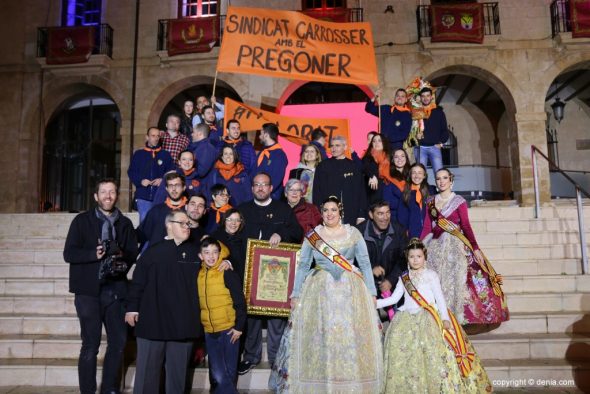