Malcriat releases his first album: «Hip hop in Valencian makes me proud and represents me»

Rap is just music, however, hip hop is the whole culture: music, graffiti, break dance and the Master of Ceremonies (MC). For Malcriat (Dénia, 1981), hip hop is a culture that is born as a shout of ENOUGH!. Rapper, music producer and graffiti writer, is about to release his first album. He explains what hip hop means and how the landing of this culture in Dénia was. 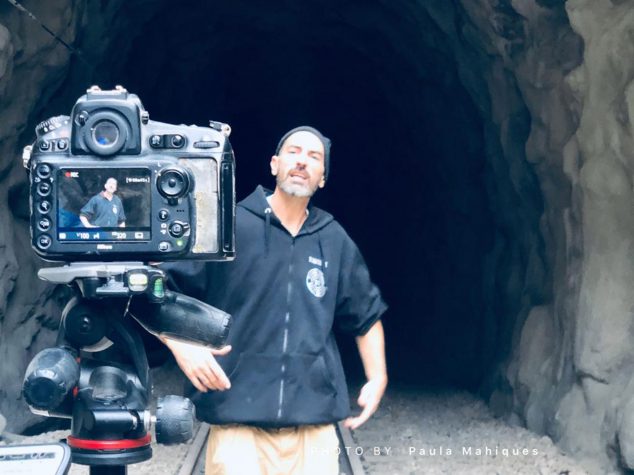 "I was a child and they sold you the image of the cool rapper. Then, everyone who had the cap on the back was. But I started to discover everything behind." Malcriat wrote his first lyrics at age 13, as a way of expressing what he felt. He had always been struck by everything American, especially the great color figures of the 90s, like Michael Jordan. "He had a great affinity with the values ​​of change, of the search for the common good, of empathizing with an oppressed race". His first lyrics were in Spanish, but about 2003 he began to understand that hip hop was made to feel represented. So he began to write as he had always expressed himself inside his house, in Valencian. And it became One of the pioneers.

"Singing in Valencian has opened the doors of my people, I feel the warmth of the Valencians. It is born and represents me."

Little by little he was acquiring flow, skills, looseness. But his turning point came to meet ZockEx Cookin 'Soul, here in Dénia. He was the one who conveyed the true essence of American hip hop, who taught him his universal culture. "Zock lived in Dénia for a while, and made our people start to emerge in other places. Where they went, they were respected."

Rap in Madrid It is a compilation that can be considered the first landing of hip hop in Spain. But he stayed in a fashion, it was not enough to penetrate the public. The Violent Poets Club o 7 Notes 7 Colors they are standard bearers of what was called spanish hip hop. "There were two sides, those who believed in Spanish hip hop and those who were looking for a more universal culture. If I did not get to know Zock, the universal move would not have come to me, and I would have stayed in a smaller scope." 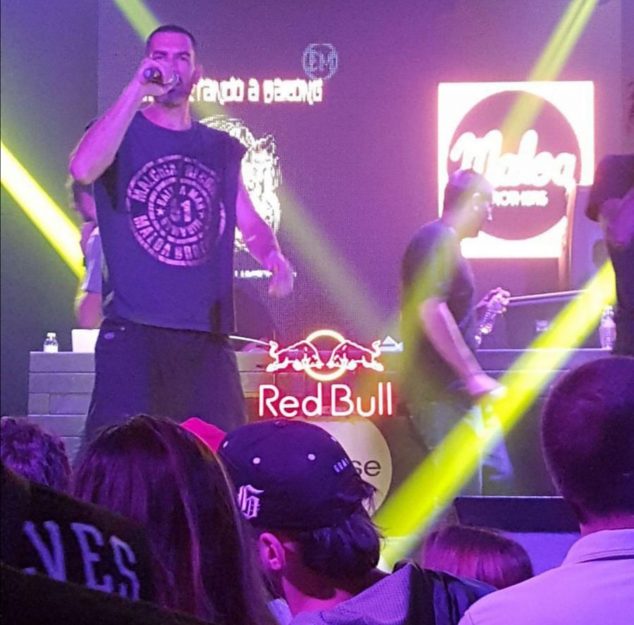 The themes of his lyrics: what is his fight

Malcriat has developed the incredible ability to make music without knowing music theory. "Who wants can", tells us. Does not use instruments, but does sampling: take music already made and transform it, make it current. When writing the letters, recognize that "Politics devours me, even if I want to move from it, it affects us".

"When the pen comes to me is when I disagree with something, when things don't fit me."

He tells us that he composes very quickly, because the theme that motivates him comes and he embodies it in a role in a matter of minutes. This happened with "Surem com podem", a video recorded in the throat of Gata, and that is a vision of historical memory, present and future. "The people pay the broken plates. You will bend my body but not my mind"says Malcriat to sum it up.

Dénia's alternative people know him not only for his musical side, but also for his graffiti past: "Some time ago a person told me that I was the last link of many centuries of graffiti in Dénia, understanding graffiti as all the traces left by people on a wall, from the Moors locked in the castle until now."

One of the few remaining Malcriat graffiti

The future: your projects

He is about to record a rap for the Pou de la Muntanya school, "El Rap de la Marina", for all his students. Y in July he fulfills the dream of releasing his album, after 10 years taking out models with his own effort and that of his crew Maloa Brothers. In addition, it also plans to release another instrumental disc. His label, Malcriat Records, are three people: MC Bololo, mix and master Betta and DJ Big More. 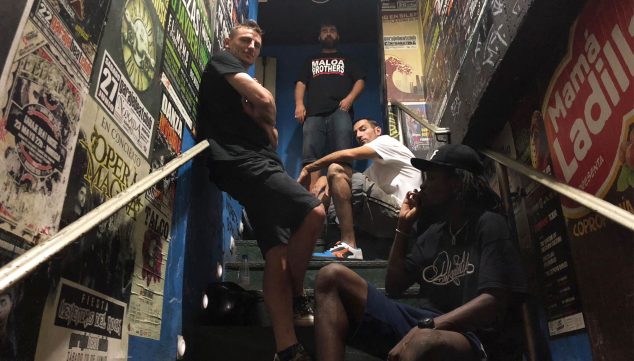 The Fundació Baleària organizes an 'online' music festival next Saturday, May 2
April 29 2020

Ely López's balcony: a stage to cheer on her neighbors
March 20 2020
Leave your comments