Members of CD Dénia called to the polls on June 30

The social mass of CD Dénia, made up of around 200 members, is called to the polls next Tuesday, June 30. The reason is none other than the election of the president after the resignation of the last president, Gema Estrela. It seeks to give stability to the entity, after last season it was Juan Benavente who acted as accidental president. 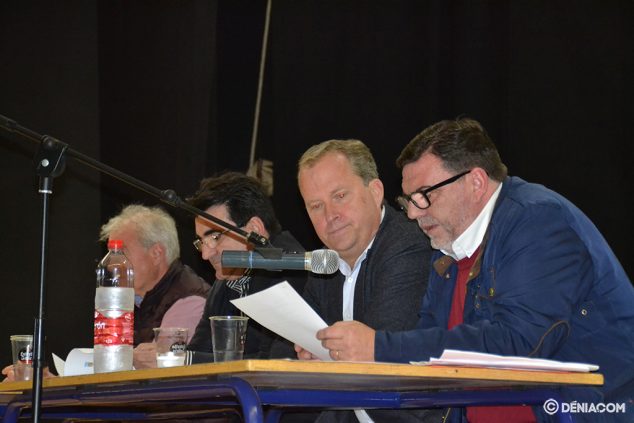 Any member who is up to date with the card payment may exercise their right to vote at the event that will take place in the “Casa de la Paraula”, of the Baleària Maritime Station Port Denia.

The CD Dénia has announced that the day chosen for the elections to be held as president will be on Tuesday, June 30, at the Casa de la Paraula, in the Maritime station of Baleària Port Denia.

The health situation requires that the membership census is not exposed to the public in the club office. Members interested in learning about this census can already request it in writing to the club at cddenia@gmail.com, indicating their name, providing their ID and giving their member number.

Complaints about this electoral census or the electoral process must be made by sending a letter to the club's address, so that they are addressed.

The nominations submitted must be made up of a President, Secretary, Treasurer and 2 Members, all of whom are identified as partners who must be up to date with the payment of the fee.

Nominations will be made in writing and the deadline for submission is from June 12 to 27, 2020 and sent to the club's email, cddenia@gmail.com, and can also be deposited at the address of the entity's vice president, at the address C / Colón, 64, 2º B in Dénia.

On June 28 the candidacies will be made public and declared official by the Electoral Commission, previously established for this purpose at the beginning of the electoral process. In the event that there is more than one candidacy, an Electoral Table must be formed whose components will come out of a draw for partners presented by the candidates.

The President and the Secretary of that table will elect the oldest and the youngest member to be part of it one hour before the voting begins.

It is possible that there was only the candidacy headed by Juan Benavente himself, who has announced his intention to present it. In that case, no vote would be necessary and Benavente himself would be proclaimed as president of CD Dénia.