The UNED Dénia Reading Club enters its fourth meeting with the book Elementary particles, by Michel Houellebecq, a novel that narrates the unlikely knot that will unite the destinies of two half-brothers: Michel, a prestigious biology researcher, a kind of scientific monk who, at the age of forty, has renounced his sexuality and only walks to go to the supermarket; and Bruno, also in his forties, literature professor, obsessed with sex, consumer of pornography, misogynist, racist, a virtuoso of resentment. 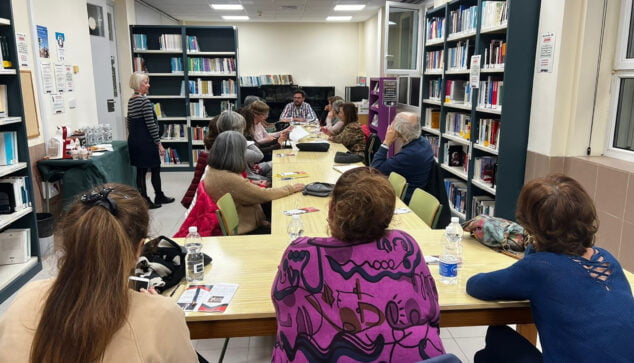 Meeting of the UNED Reading Club

The meetings were held at the UNED Dénia and Benidorm centers and took place in a pleasant atmosphere, giving each of the people who participated with their opinions and reflections on the novel.

The gathering at the UNED Benidorm Reading Club was led by Jaume Tortosa, High School Professor and Philology teacher, who moderated the Reading Club table. The attendees expressed their opinions, theories of the book and conclusions that they have perceived during the reading.

For the next meeting, around mid-February, it has been proposed to read Blind Sunflowersby Alberto Mendez. This book is a return to the true stories of the postwar period that were told in a low voice with narrators who did not want to tell stories but rather talk about their friends, their missing relatives, irreparable absences.

37.861
4.451
12.913
2.480
We use cookies necessary for navigation and traffic analysis. We do not use cookies that provide us with personal data or advertising cookies.
More optionsACCEPT
Manage consents