Last Sunday began the "League XIV Surfsky Sea Kayak Valencia"in Villajoyosa. A warm and windy test in which the nine paddlers of the Real Club Nautico Denia They had a great performance.

Ruben Carlos Lucas Louwaige and Montenegro were one of three bronzes collected the Dianense club. The dianenses despite being youth paddlers took fifth place at senior level. A great result for this young who had to fight with the higher classes.

Juan Carlos Pérez, picked up another club bronzes Dianense successfully overcoming the test of having to be measured against larger rivals. It proved to be one of the best paddlers in the Valencian Community veteran BC category.

Another Toni Gil got bronzes in the junior category. The Dianense paddler made a great effort in reaching the finish line traced his biggest rival of the test, ie, who got on the podium. 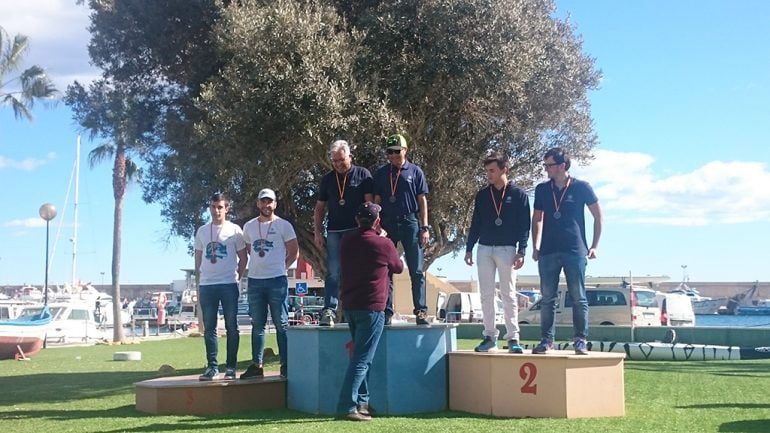 Brilliant were the K2 cadets, Yojan Vosse and Maik Dimierov, who completed their first test of 10 kilometers in fourth place. Also, the pair formed by Elena Ballester and Bieke Maerten, in the senior women's category.

While the child Luis Peñas, made every effort and effort to make the first test of the League, being in fifth place in the standings.

The wind and sun all morning accompanied the participants paddlers, who will meet again in the Valencian town of Canet in the second round of the league next April 9.