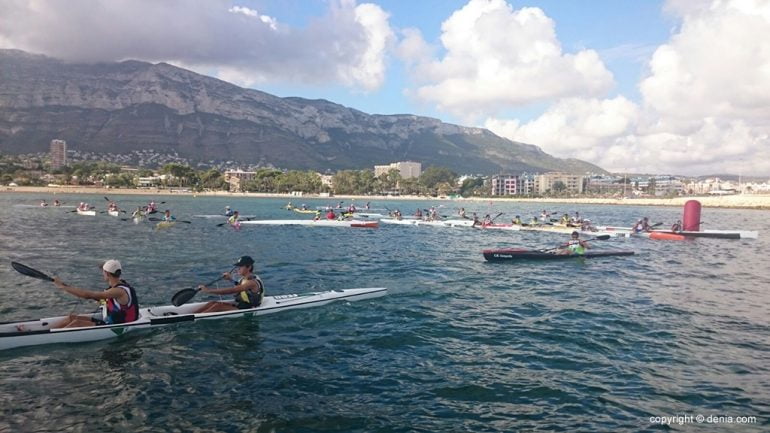 The test began at 10 in the morning, a few meters from the shore of the beach of the Marineta Casiana, with the first departure of Infantiles (3 km), Cadets (10 km) and traditional (10 km); at 12 the longest exit was given for the categories, Youth, Senior and Veterans (15KM). At 13.30 hours the last test was played for the youngest who took the exit of the 800m that marked their route.

Peñas and Yojan Josse Luis Moreno also collected medals as first among children, after crossing the 3000 meters at its k2. Antonio Gil took silver in k1 fry. The two bronzes went to Juan Ramón Moncho and Jorge Lopez in the Senior category aboard his k2 and Enrique Senior k1 Llodra.

The RCN. Dénia club was second in young promises and fifth in the overall club

The final classification of the regional league led the Club Náutico Villajoyosa, being in first place in the classification by clubs. The club managed to score 300 Viler points, second place went to the Club Nautico de Castellón with 280 points. The third was for Pobla Marina Club Canoeing Sea Kayaking with 259 points, followed by 251 Club Náutico Campello points and 250 Real Club Nautico Denia.

Real Club Nautico Denia managed to be the second in promising young club in which he was the sixth round of the regional league, with 55 points behind Cub Náutico Villajoyosa with 105 points.

The Dianense club in the sixth round, was ranked fourth overall with 177 points, taking the lead with 478 CN Villajoyosa points as the winner, the RCN. Castellón as second with 282 points and kayak Pobla Marina Club as third placed with 184 points.

Marián Tamarit presided over the presentation of trophies

Past 15.30 hours and after performing all tests in the morning, the RCN. Dénia held the awards ceremony and popular paella for all paddlers and companions. At the awards ceremony was present Councilwoman sports, Marián Tamarit, Jaime PortolésPresident of the club, Juan Carlos Pérez Nadal, Vocal RCN canoeing. Dénia and Toño Cinto, a member of the Canoe Federation of Valencia.

Again, the Dianense club has shown great ability to work, preparation and organization to hold a regional event that welcomes hundreds of athletes Valencia. 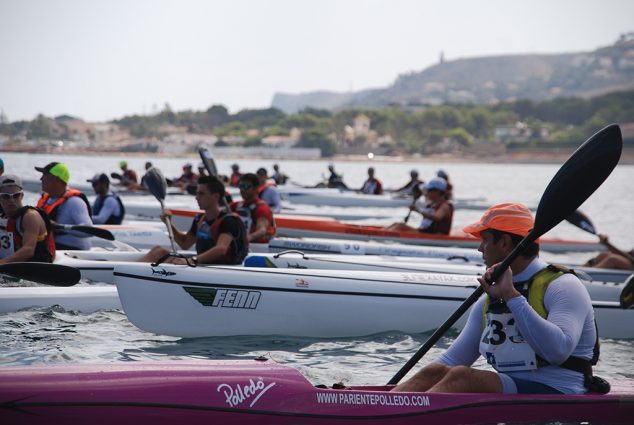 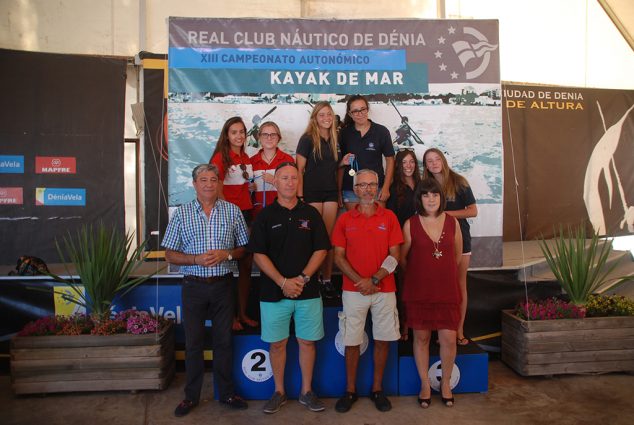 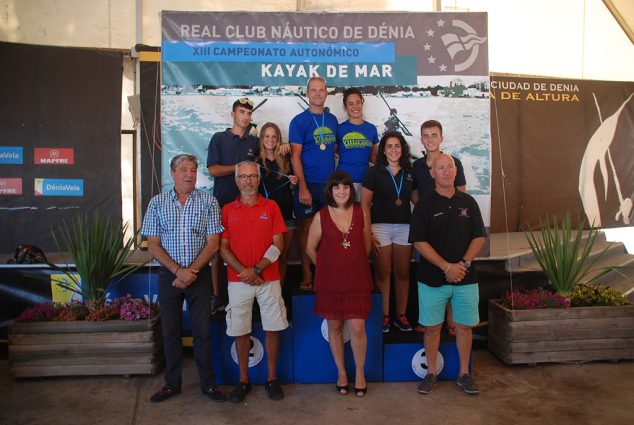 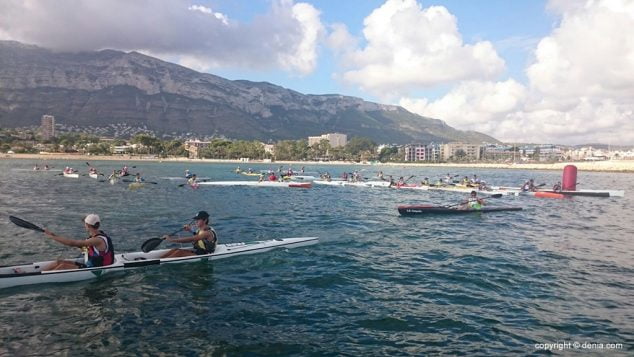