The new dual trains that will run along the 9 line of the TRAM once the modernization works of the section between Dénia and Benidorm are completed, will comply with the strict European regulation EN 2004 / 26 / CE III B for the homologation of engines and emissions to the atmosphere.

To do this, other factors, fuel will be used that meets the standard UNE-EN590 AdBlue additive (dissolution of urea to 32,5%), which allows to reduce considerably the emissions of nitrogen oxides (NOx) caused by leaks of the diesel engines. 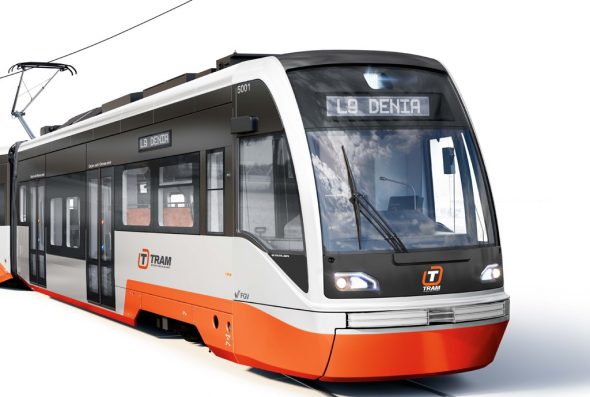 The dual traction allows the circulation of trains, both in the part that is electrified, Alicante-Benidorm (Line 1), and in which it is not, Benidorm-Dénia (Line 9), with the advantage that, if in the future will electrify the entire line, this new mobile material would still be effective.

It should be remembered that FGV has awarded Stadler Rail Valencia a contract worth 43,3 million euros, to build six dual trains that will replace those currently offering service on the 9 Line of the TRAM d'Alacant (Benidorm-Dénia).