The CFS Dianense women's teams got the win

First victory for the women's first team CFS Dianense in league. The girls who train Manolo Catalán beat Xaloc C 0-10, in a match played at the Pitiu Rochel pavilion in Alicante. 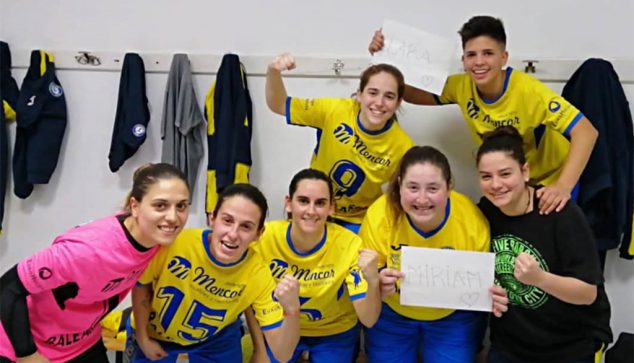 The game had little history since the dianenses were superior at all times despite playing with half injured team. From the beginning of the match, the goals came and at the break the Dianense team won 0-6.

The second part was a process and those of Catalán only had to regret Paula's injury. The goals were the work of Ainara (3), Isa (3), Nerea (3) and Paula.

This week, CFS Dianense Dprint receives Serelles Alcoy. A victory for the girls would mean climbing some position on the table.

The youth team females defeated Joventut d'Elx A 0-9, adding their second league win. Two of two is the baggage of the girls of José Luis Mengual, who gave no options to the ilicitanas. 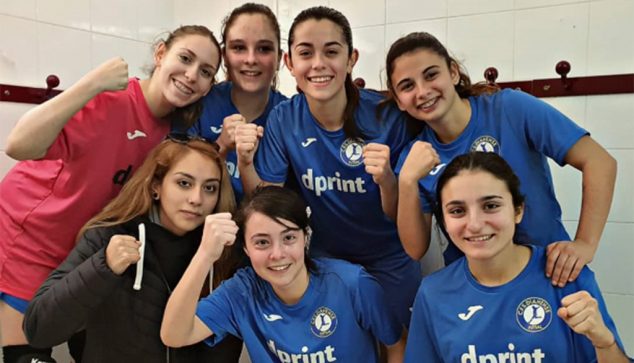 The first goal was late due to the good interventions of the local goalkeeper. Laura crashed the ball in the wood twice but at the third time she managed to send the ball to the back of the net.

From the goal, the Dianenses took over the game and the goals were coming. Laura scored 4 goals and continues as top scorer in the category. Sara, author of two goals, is placed as second in the general classification. The other three goals were the work of María (2) and Iratxe.

The ilicitanas rarely arrived at the Dianense goal, but the goalkeeper Noelia, very sure, managed to break them down. The match was the debut of Meli, who offered a lot of security in the defense.

This Sunday, CFS Dianense receives Joventut d'Elx B, one of the youngest teams in the category.