The dianenses highlight the heritage value of the raisin, the promotion of the Dénia linked in the cinema and the recovery of the Portland factory

The European cities participating in the PART-HER project for the valuation of local heritage have shared the first results in a conference held over the past week in the French municipality of Tours. Dénia presented the partial results of the survey open to citizens and participated in a round table on good cultural practices. The project, funded by the European Union, aims to identify the material and intangible heritage of cities from the direct participation of citizens, who vote and think about their cultural environment. 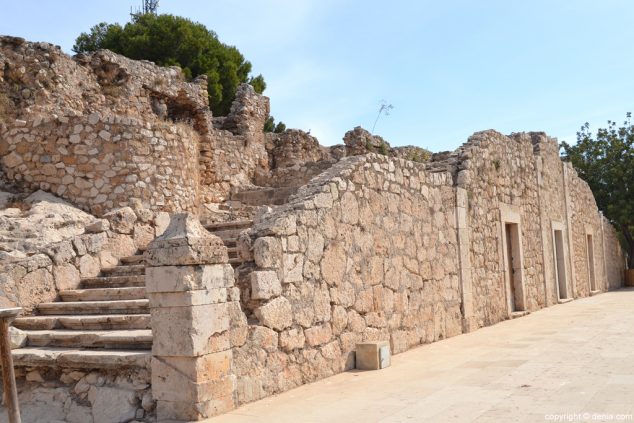 At the Tours meeting, Dénia presented a balance of the work done and the collection of citizens' opinions, when there are still a few months left to close the project and citizen proposals can still be submitted.

Until last January 31, a total of 64 proposals made by citizens had been received.

In the surveys there have been 35 citations to the material heritage: 6 to the urban scene (rehabilitation and visibility activities); 12 to buildings and monuments; 6 to museums and 11 to dissemination of heritage.

Intangible heritage has 40 references: 10 to landscapes (mainly agricultural and natural); 9 to gastronomy; 4 to traditions, shows and celebrations; 3 to natural heritage; two singular characters; 5 to the diffusion of the raisin; 4th diffusion of intangible heritage; 2 a rehabilitation and protection of dry stone architecture; one to the marine ethnology and one about "Dénia viva".

As examples, at the Tours meeting three of the proposals were read: protection of the heritage of the raisin, promotion of the Dénia linked in the cinema and recovery of the Portland factory. In one of the debates on good practices of the cities in the dissemination and protection of their heritage, the researcher Alan Swan presented the cases of the enhancement with signs of the Fortín and the Madina Daniya, the recovery of fishing gear and artifacts for the Museu de la Mar, the day on the kitchen of the time of the count of Dénia held in 2012 and the guided tours of the municipal program.

The meeting of Tours, of a transnational nature, has focused on intangible heritage and is one of those scheduled to assess the progress of local work, collect suggestions from the cities involved and determine the actions to be promoted in the coming months. The representation of Dénia was formed by the head of Archeology and Museums, Josep Antoni Gisbert, the researcher Alan Swan, the technician of the Office of Innovation and Creativity Enric Gil and Gabriel González, of the University of Alicante.

In addition to Dénia, the group's only Spanish city, Parma (Italy), Linkoping (Sweden), Tours (France), Kassel (Germany), Konavle (Croatia) and a seventh partner, SERN, participate in the PART-HER project. a group of transnational collaboration between populations of the Italian region of Emilia Romagna and an association of cities and regions of Sweden, which includes the capital, Stockholm.

The presentation of proposals will continue open in the coming months and the goal is to reach at least a hundred. The form can be repeated by accessing the following link: https://www.parther.eu/es/se-parte-del-proyecto/

The Dénia Hospital welcomes “ODS. Views from the Enlightenment "
14 October 2020