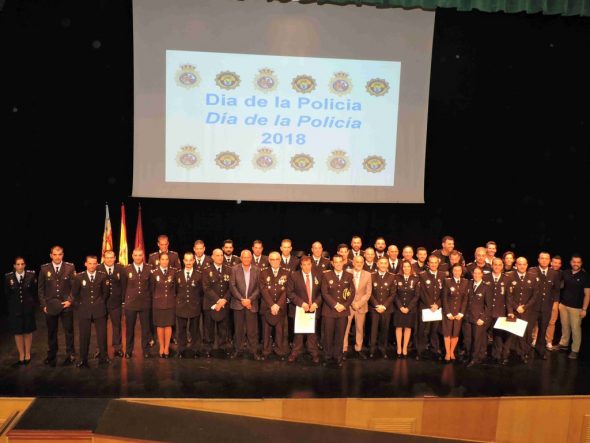 The social center has welcomed the celebration in an act chaired by the Mayor of Dénia, Vicent GrimaltThe Councilor for Citizen Security, Javier Scotto, the Chief Inspector, Chief of the Police Station of the National Police, Alejandro Sánchez Moreno, and the Chief Commissioner of the Local Police, José Martínez Espasa. 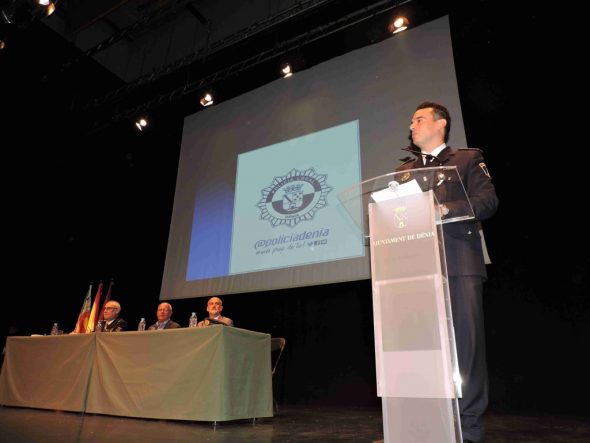 Finally, the medal of the Local Police, as approved by the plenary of the Corporation unanimously, has been delivered to the magistrate Pedro Pablo Abad Ortiz. Judge Abad, of the investigating court number 1, has also received the recognition of the Dénia Police Station of the National Police Corps.

The National Police has awarded special mention to Justo Carrascosa and Antonio Sánchez Triano; a recognition to his professional career to José Ramón Martín Carrascosa and a commemorative plaque to Francisco Jordá, of Bronces Jordá, for the donation to the police station of a sculpture of the Guardian Angel. 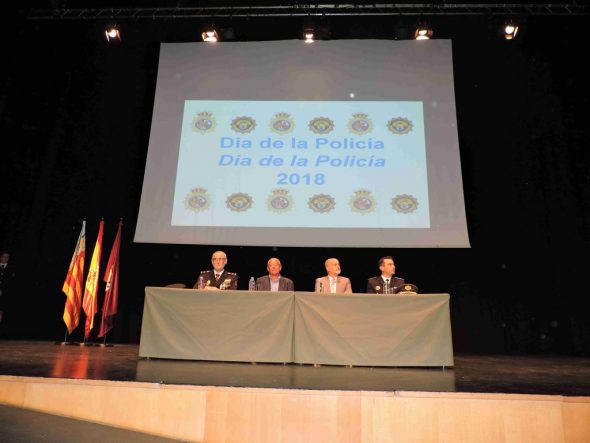 The sub-inspector Raúl Gómez Peral has received the white cross to the police merit and the cross of dedication to the police service for his 25 years of service; the police Alberto Cuartas Gutiérrez, the white cross to the police merit; the sub-inspector José Ros Peñaranda, the cross of the Honorable and Royal Order of the Knights of San Cristóbal and the police Ángel Souto López and Francisco Miguel González Aguilar, of the Citizen Security brigade, and Javier Prieto Marqués and Manuel García Montoya, of the judicial brigade, have received a metopa "for their tireless function and extraordinary dedication."

Drawing awards from the National Police

The act has served to deliver, on the part of the National Police, of the prizes and diplomas to the winners and finalists of the I Contest of drawing "Your police always close", in which they have participated more of 800 schoolchildren of the city, leaving seven finalists. 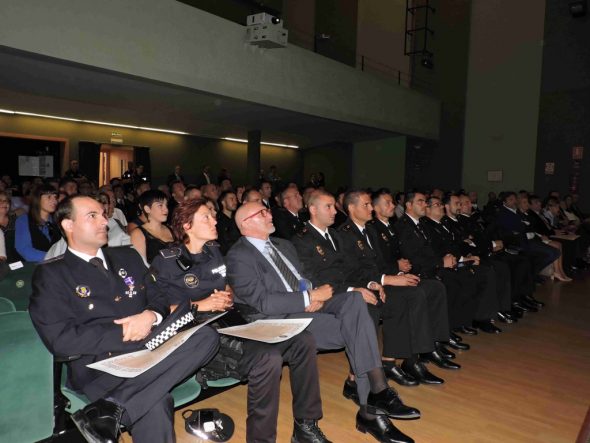 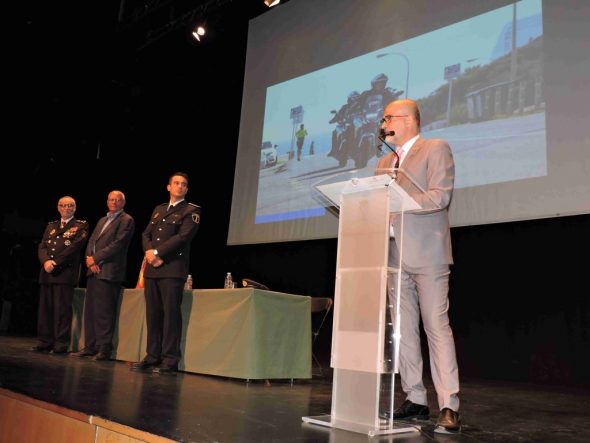