Recycling in Dénia is being shown, more and more, as a practice established between individuals and hoteliers. A practice endorsed by the figures, which year after year increase in the capital of the Marina Alta. In 2016, the citizens of Dénia recycled a total of 1.636.020 kilograms of glass, which means that each inhabitant recycled an average of 39,5 kg.

To these figures of 2016 must be added that during the last summer was launched the comprehensive recycling plan for the summer, thanks to which it has managed to recycle 635 tons of glass in Dénia, an 3% more than in the same period of 2016. 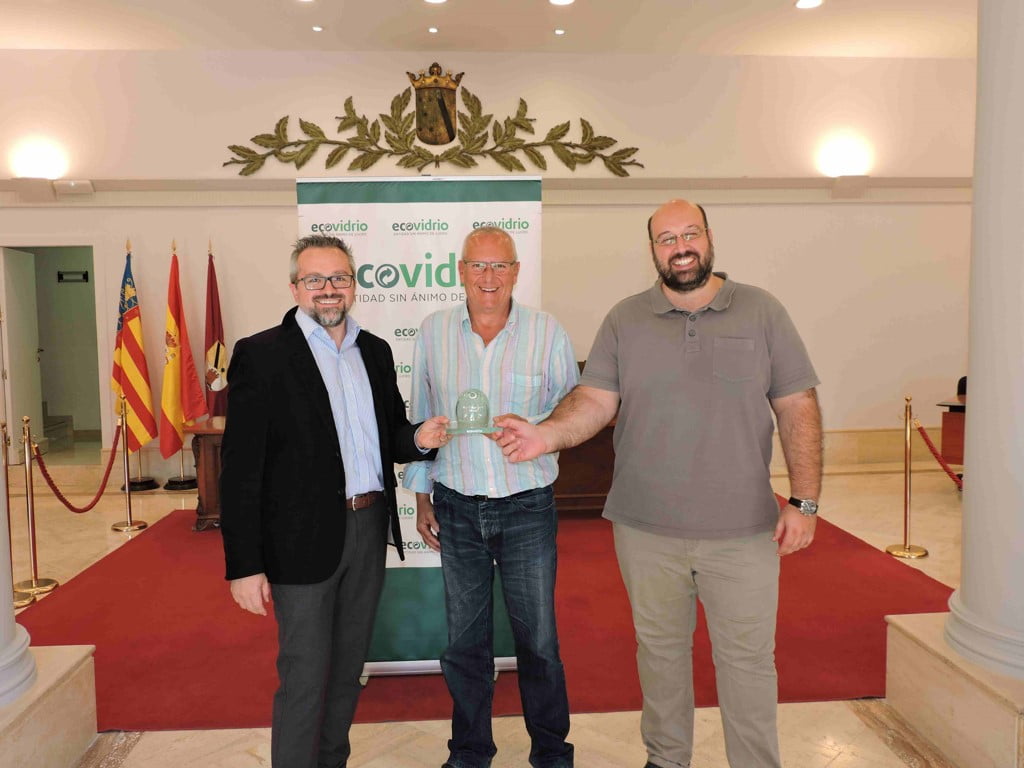 Precisely this figure is what has earned the City of Denia recognition Green Igloo by Ecovidrio, the non-profit entity in charge of the management of the recycling of waste glass packaging in Spain.

Mayor, Vicent GrimaltAnd the Councilor for Environment and Climate Change, Josep Crespo, received this Wednesday, from the hands of the area manager of Ecovidrio, Roberto Fuentes, the award Green Igloo for having exceeded the number of glass recycling compared to the previous year. The award is a recognition of the commitment of private individuals and professionals with the recycling of glass and sustainability.

Ecovidrio has increased the scope and dimension of the comprehensive glass recycling plan in the summer period, an initiative that aims to raise awareness in the hospitality industry and increase the data on glass recycling during the summer months. In this edition, a total of 113 catering establishments of Dénia have collaborated with the entity, an important fact given the influence of the hospitality sector, which generates the 50% of the waste of single-use glass containers. In addition, the summer season is vital for the recycling of glass, as it is a period in which the 30% of the total recycled glass is collected during the year.

The results obtained have been achieved thanks to the collaboration of Dénia's hospitality professionals and the provision of media by Ecovidrio. In order to facilitate the collaboration, 69 cubes adapted to the needs of the catering professionals were delivered and the frequency of glass collection was increased to adequately manage the increase of the activity in this sector.