The bars of Jesús Pobre in the fight against gender violence 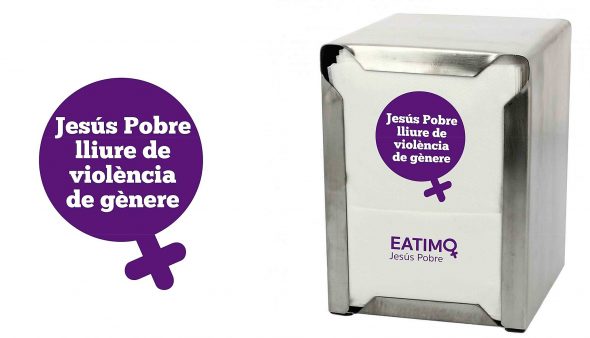 The donor commission has prepared a program that includes the protest banner that has been installed on the facade of the House of Culture, as well as a concentration convened on Monday 25 in November in the town square at 20: 00h, which will include the reading of a manifesto and the name of all the women killed this year 2019. In addition, a great symbol against gender violence will be formed in the center of the square.

In collaboration with the donor commission, after meetings with the mayor Javier Scotto As head of the area of ​​Equality and Diversity, the Neighborhood Board approved the request of the commission to install vinyl on the steps of the town hall to permanently make visible the fight against this social scourge. Specifically, 20 messages and expressions against sexist violence that will remain on the town hall steps throughout the year.

Likewise, and as established with the restoration of the town in terms of LGTBI diversity on June 28, the restaurants and bars of the town have signed a social agreement to combat gender violence, committing to the citizenship that these premises, where the social life of the people takes place, be spaces free of gender-based violence, of 0 tolerance, and to provide assistance to any victim of which it has knowledge, with a distinctive in this regard.

Together with this collaboration agreement, the Eatim de Jesús Pobre has handed them 7.000 napkins that will be distributed in the napkin rings of restaurants starting tomorrow 22 of November of 2019 while supplies last, with messages to combat gender violence .