Last Saturday 13 in April the individual duathlon Spain Championship was played in the city of Soria and there were the Dianenses cadets Joan Puigcerver and Gabi Dolader competing for their respective clubs, Tripuçol y CT Hurricane.

A demanding test that consisted of a first segment of the 2.9 km foot race where alternating climbs to the 2% and the same descent slope; second segment of 10 km cyclist with prolonged ups and downs with medium slope and a last segment on foot of 1.5 km. 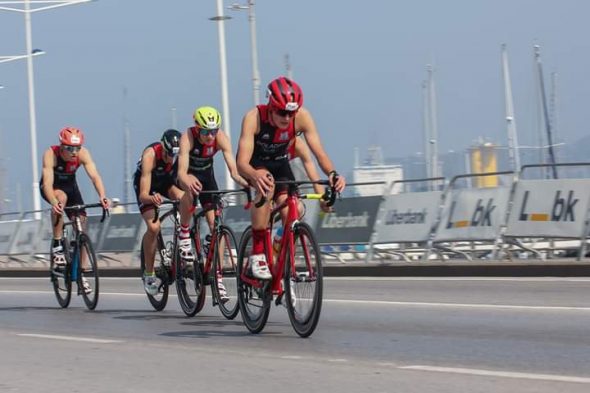 In the test took a total of 283 male cadets. Gabriel got an 39 position with a very good partial cycling, finishing the test in a time of 33: 55. Physical problems in the first part of the race prevented Joan from finishing.

The next appointment for the dianenses triathletes will be in May, in a Youth qualifying test for the world triathlon school championship to be held in France.