Athletes Esports Colau They conducted a test in the race mountain Gegant de Pedra in its sixth edition. In the overall winner of the race was Víctor Álvarez with a record time of 1, 58 9 minutes and seconds. The second place athlete also won another Esports Colau, Pedro Martinez who entered 51 seconds of the winner. The third place went to Pedro Pimentel Quen made a mark 2 hours, 7 58 minutes and seconds.

Participants in the form of riders had to cover a total distance of 19 kilometers with a positive slope of 1.100 meters. Meanwhile walkers had a somewhat shorter route, 13.400 meters with a vertical drop of 550 meters. Despite these difficulties the turnout was very high and this proves the good work of the Club Athletics Ondara which together with the Department of Sports City of Ondara, have managed to make the race as a reference.

In this ordeal there was also the presence of athletes Running Gin Tonic Club, Ya que David Ribes He entered the 51 since the senior category with a time of 2 hours, 44 24 minutes and seconds. While the other representative, Carlos Grimalt He entered the position with a mark 97 3 hours, minutes 15 49 seconds. 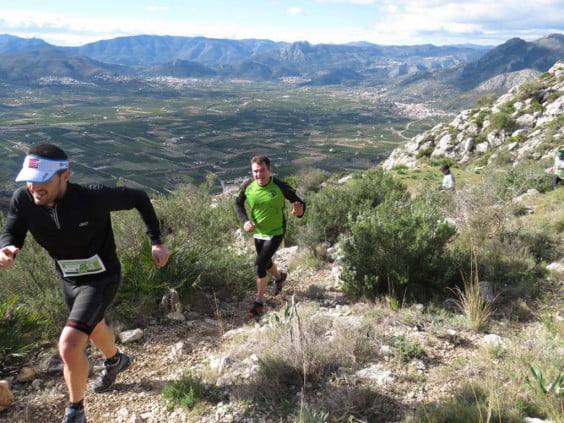 Victor Arregui entered the 382 position with a record of 44 minutes and 31 seconds.