With the beginning of the Circuit to Peu to Marina Alta 2019 around the corner (the next February 24 in Xàbia), the more than 200 athletes that make up the new club Dénia Run they warm up engines

Last Sunday, a large representation of all of them met in the City of Dénia to get their first official photo. After the distribution of shirts, all posed proud with the colors that will represent them during the circuit. 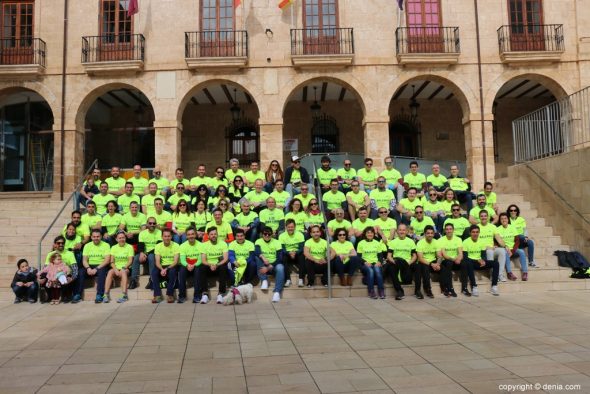 In order to unite the identity of the dianenses runners, last December was born the Dénia Corre project, which unifies all the teams of the city under the same name and colors for the start of the Cicuit to Peu 2019.

This is about 250 runners belonging to the teams Runner Dénia, Gin Running, BernardosTrotters, Enganxa't a Correr, Club Atletisme Diànium, Dénia Triatló, Gym21 and Independents, who will wear the yellow shirts with blue logo with the city's coat of arms throughout the circuit.