We are having moderate rains in Dénia in the last hours, and the probability of precipitation throughout the morning is 100%, according to AEMET. As of 18:00 today, the probability is reduced to less than half. However, it is expected that tomorrow Wednesday will be a rainy day again, with a 95% probability of showers at the beginning of the day, which will decrease as the afternoon and evening progresses. Temperatures will not exceed 18 degrees today or tomorrow. 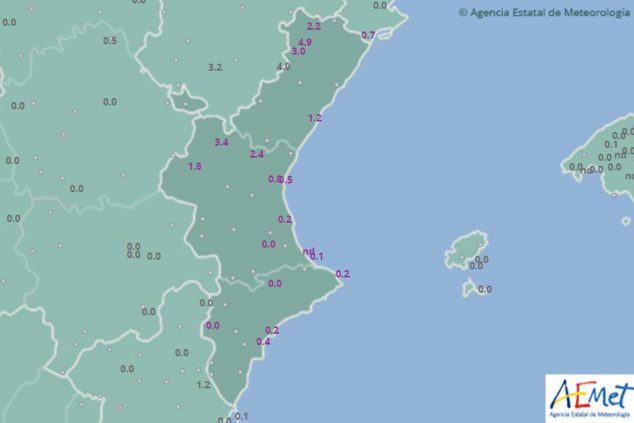 Rainfall recorded at the meteorological station of Xàbia by AEMET at 09:00 hours today, Tuesday, March 17

The rest of the week, the probabilities of rain will oscillate between 65% and 95%, although we will review this forecast. According to the Climatology Laboratory of the University of Alicante, the rains will be weak or moderate in the province, punctually with a storm. As usual, the accumulated rain may be greater in the north of the province of Alicante. However, this time we are not located in the most unstable sector of DANA (Isolated Depression at High Levels). The epicenter of this depression has moved in recent hours towards the Gulf of Cádiz. 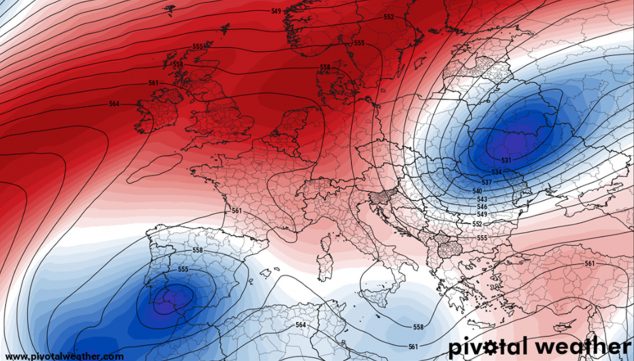 DANA nucleus located on the Gulf of Cádiz

A colder March than usual

The models indicate that the rest of the month of March could be characterized by the succession of cold drops or DANAs. This means that what remains of March will be cooler than usual and also rainy, more wintry than February itself.