Fans who attended the Joan Fuster pavilion enjoyed the victory of CFS Mar Dénia against Pallejà FS, by 9 to 6. The essence of the goal was present in this match where the locals played with some intermittency, which allowed the Catalans not to throw in the towel. 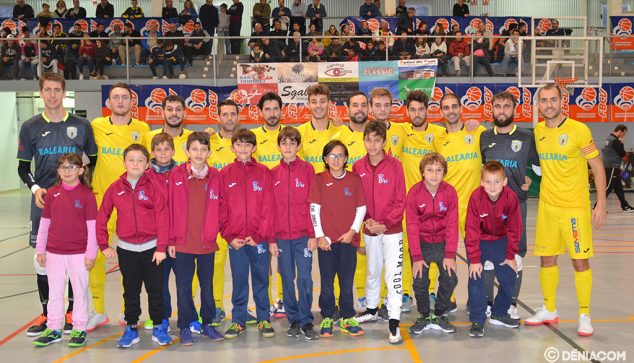 At the start of the clash, the Dianenses were superior to their rival and managed to get an advantage on the scoreboard thanks to the goals of Juanjo and David Jaén, at minutes 4 and 11 respectively. Then there were a few minutes of local relaxation that was used by the visitors to tie the clash in the 14th minute.

After the two-way tie, there was a dianense reaction and, in the final stretch of the first half, he took the reins of the game and scored again. Juanjo in the 17th minute, Curro in the 19th and David Jaén in the 20th minute made it come to rest with a notable advantage for the Marina Alta team (5-2). 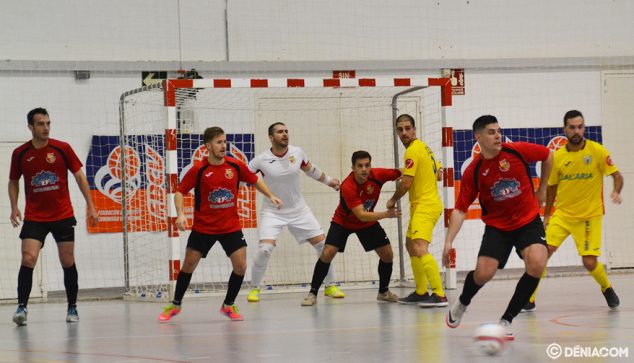 In the second half the script of the match was identical, since the dianenses scored their sixth goal in the first minute, the work of Curro. The joy did not last long, because two minutes later the Pallejà shortened the differences. It entered a dynamic game where there was exchange of blows.

In the 30th minute, the local Nico put the 7 to 3. Things got complicated to the Pallejà since he was placed with his fifth foul, losing by 4 goals and there were still 10 minutes left. Even so, and risking playing with player goalkeeper, he managed to score two goals with which they re-entered the game to stand with 7 to 5.

In the absence of four minutes came the second double penalty favorable to dianenses, the first stopped the visiting goal. On this occasion David threw him in a satin and scored the 8 to 5. A defensive gift from the premises allowed the visiting team to score their sixth goal at the last minute. On the final horn, Migue scored the final 9 to 6 with which the crash ended.

Three important points for the boys directed by Jordi Durán who see how, little by little, their injured continue to recover and are now awaiting the possible incorporation of Álex Pla, which would cover the casualty of the injured Edu Romany.