With more than 50 years of trajectory behind her, Dianense Antoñita Abellán Orquín, better known as Toñi, will be recognized next Thursday, 13 in September, with the 2018 Award for the Dissemination of the Guitar that the Nova Companyia de Guitarres delivers the framework of XIV Guitar Days Ciutat de Dénia. 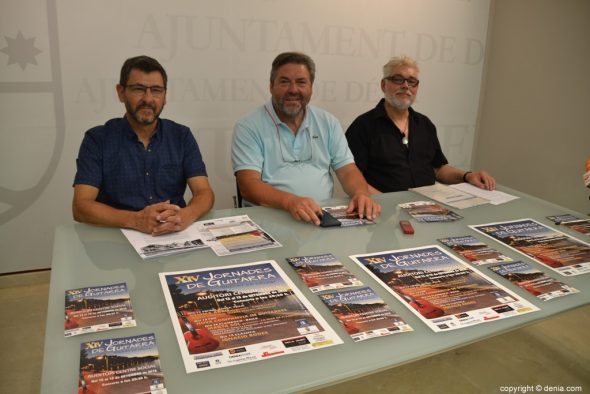 Abellán is currently retired, but she has been working for 50 for years in this field. He begins his career in music with 7 years singing in the group Navy Round that enlivened amateur theater groups of Dénia. In the year 1967, the year he discovered the guitar, he formed the folk group Veus del poble.

It was then that he learned the instrument together with Joaquín Boscá, and later studied at the Óscar Esplá Conservatory in Alicante with José Tomás. From 1974, he began his career as a teacher, in schools like Paidos, Pou de la Muntanya, Carmelitas or Vessanes, among others. Later he would teach in the conservatories of Dénia, Benitatxell, Calpe and Pedreguer.

Variety of styles in the fourteenth edition of the conference

The days of guitar Ciutat de Dénia, will be celebrated from 12 to 15 from September to 20: 30 hours at the Social Center, are aimed at a general public, students and amateurs of the instrument; and they aim "Contribute to the promotion of the cultural image of Dénia, expand the city's musical offer and publicize the multiple interpretative possibilities of the guitar" as explained by Pep Ortolá, artistic director of the association.

In the first performance, the miércoles 12, the concert will be offered SoloBasSing of varied music (bossa nova, swing and folk) by the Catalan singer Gemma Abrie, who has participated in various gospel and jazz formations, touring different countries. His warm voice and full of nuances will be accompanied by his double bass, and the guitar of Vicens Martí, professor of the Taller de Músics de Barcelona, ​​and director of the Dream Big Band, the Vicens Martí Grup, and the Original Jazz Orchestra, among others. This performance will be priced at 10 euros.

El 13 Thursday, after the recognition and the award ceremony - a forge figure created expressly for the contest by the artists Federico and Jaime Cuello -, the Nova Companyia de Guitarres will offer a pop music concert. The price of the ticket will be 10 euros and, as usual, it will include a CD of the group.

Flamenco and dancing will star in the concert of viernes 14, with the presentation of The sea of ​​flamenco, of the bailaora Marta Sol. Two guitars will accompany him: the one of the teacher in Valencia Quique Naval, expert in classic guitar, jazz and harmony; and Dani de Manuel, who has participated in different dance companies and taught different masterclass. They will also be accompanied to the cante by Pilar Pacheco, and to the percussion by Paco Rubio. This concert will be priced at 12 euros.

Finally, the Saturday 15 It will be the turn of Ignacio Rodes, a prestigious guitarist from Alicante, winner of the first prize in five international competitions. He is internationally recognized as one of the best Spanish guitarists of his generation. This performance, sponsored by the Diputación de Alicante, will be free.