The works of Camí Sant Joan, which will last all summer, will not affect the public parking

This week the works to improve the accessibility of pedestrians have started on the Camí de Sant Joan, between Avenida Joan Fuster and Calle de la Corona Boreal. In addition, it will be used to carry out improvements to the rainwater network and public lighting, with the replacement of the current light points by LEDs; renewal of horizontal and vertical signage; and installation of urban furniture. 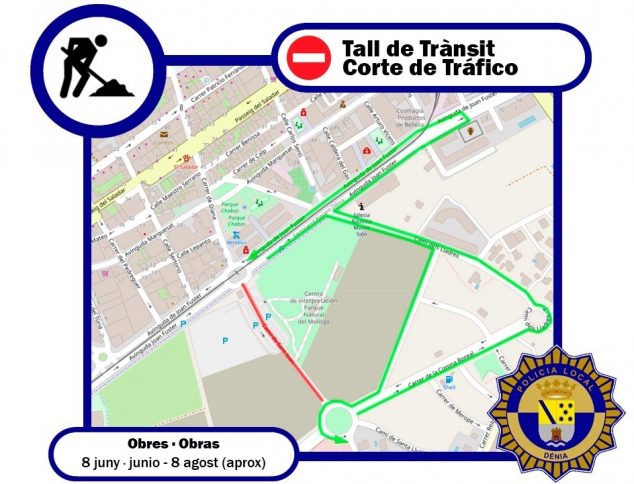 However, to carry out these works budgeted at 112.000 euros, financed 65% by the Alicante Provincial Council, the road must be cut off to vehicle traffic for 2 to 3 months. That is to say, during the summer residents must circulate through the alternative streets of Cami dels Lladres, allowing circulation from Joan Fuster also in the direction of Electra and Corona Boreal streets, the same alternative that those who want to travel by car to Dénia from Montgó should take. . 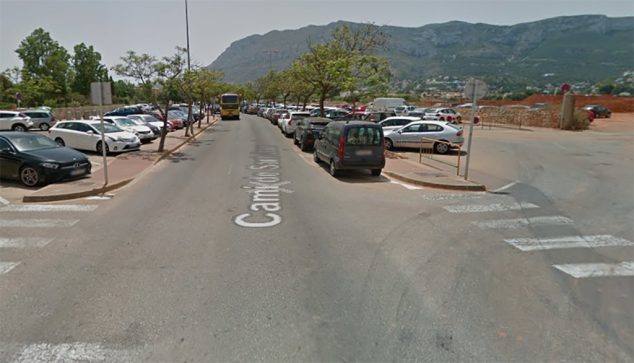 However, the announcement of the closure to traffic has generated great concern among the neighbors because in this cut area is one of the largest public parking lots in Dénia, with approximately 250 spaces with another 35 outside along the road. It is one of the most popular areas to park in the suburbs and approach the center of Dénia on foot, since it is located at the beginning of Calle Diana. In addition, with the pedestrianization of Marqués de Campo and the measures adopted in the health crisis to promote pedestrian movements while maintaining the safety distance, the town center has temporarily lost many spaces previously used for parking vehicles.

The Councilor for Urban Planning, Maria Josep Ripoll, has clarified, in this sense, that the area dedicated to the Camí Sant Joan car park will continue to be enabled, so the car park it will maintain despite the circulatory cut-off of vehicles. Similarly, it has indicated that it will continue to be the passable path for pedestrians.