The most read stories in the 2 7 Dénia.com of November

The week that ends today has brought Dénia.com a wide variety of news, with the most disparate topics: from the adventure undertaken in the fashion world by a young Dianense to the damages caused by heavy rains earlier in the week. This is the ranking of the most viewed news on the web this week:

1 Mabel, the young Dianense who takes a place in the fashion world thanks to the design of kimonos

This week we have known the story of Mabel Rodríguez, a young Dianense based in Madrid who has been making a name for herself in the fashion world for a couple of years thanks to the design of kimonos from her website khemeia. His story has been the most read news this week.

Last Tuesday, the health and entertainment program team arrived in Dénia This is life, which is broadcast every evening at La1 of TVE and is presented by Cristina Lasvinges. The team visited the city to talk about dizziness, its causes and its effects.

Despite the fact that the week ended with a practically spring-like weather, on Monday a strong gust of water surprised the residents of Dénia. It was only a few minutes, but its results were impressive: it knocked down trees and flooded several roads in the city. It was the third most viewed news on the web this week.

4 Opinion: Something is changing in the Mercat Municipal and we should rejoice

The opinion of a Dianense neighbor with the nickname Botafuegos It has penetrated deep into our readers. His vision on the changes in the Municipal Market has been the fourth most read news this week in Dénia.com.

Will it be a sidewalk or a bike path? There have been many opinions about the new construction that is taking place on the highway of Marines from Dénia. There is no doubt, it will be a bike path. Still, many voices have been raised against this construction on a highway that collapses every summer. 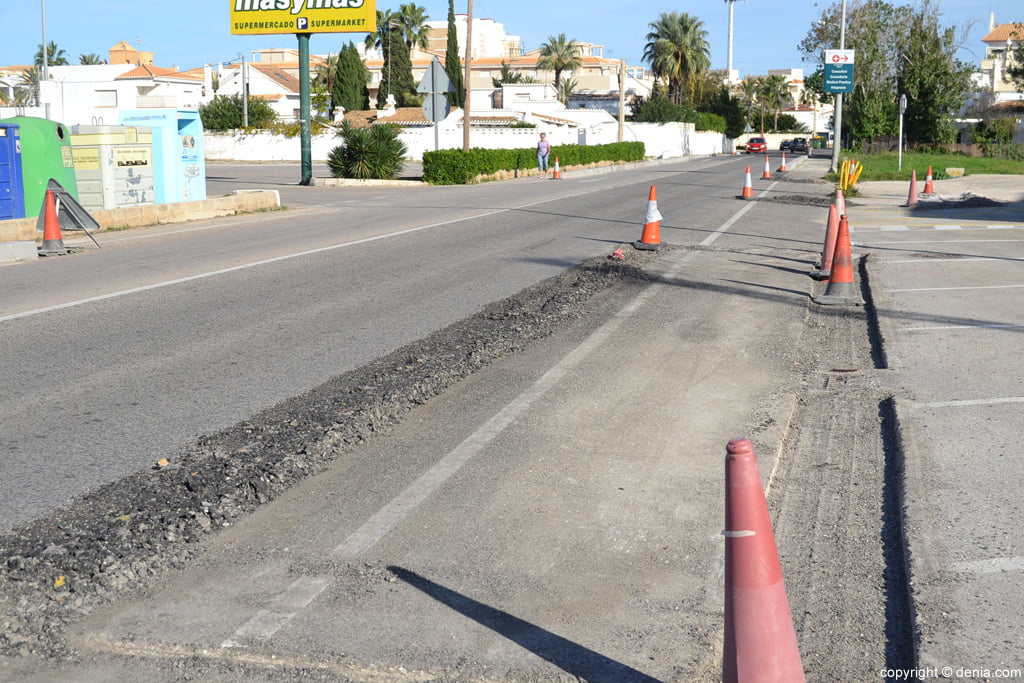