The dianenses home again lost, this time against Elda (20-28). A party that got in last 10 minutes for mistakes in both attack and defense committed.

For this match coach David Salanova not any player of nursing, which took its toll recovered. The team still in box waiting for a speedy recovery from injuries crawl for several weeks, some basic players.

The game started well for dianenses, since in 6 minutes, it gets put up 3 4 to 1 goals, by means of various counterattacks. The great performance of goalkeeper eldense prevented the advantage of Garbí Dénia it was wider.

Midway through the first half, the visitors leveled the game, so staying until almost the final minutes of the first time is when dianenses were blocked in attack. A circumstance that was used by Elda players to get ahead on the scoreboard goals 3, 9 12 to.

The second part was a continuous row and row to go up during the first 20 minutes, which could reduce the difference to 1 goal. The Elda in the final stretch of the crash gave the final blow to players Garbí Dénia.

At dianenses he lacked breath on the final leg. They lost many balls in attack precipitation and were not successful in shots on goal. Under many defensive intensity whole payment and this is expensive.

This caused that it was arrived at the end of the party with a bulky difference that did not reflect what was seen in the field, arriving at the end with the marker 20 to 28. 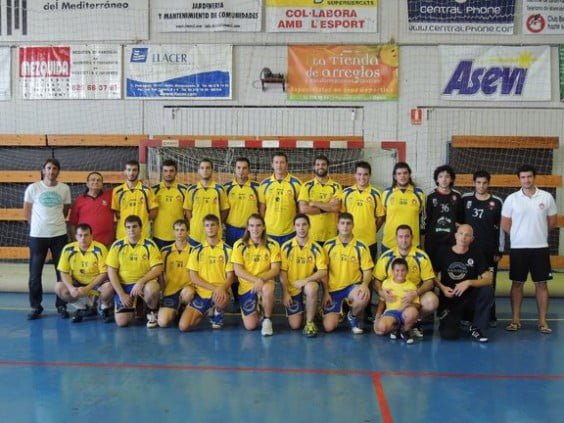 On Saturday the team travels to Alicante to play against the Augustinians and will from the 19: 00 h.