La Agrupació Artística Musical Dénia He delighted thousands of people in traditional festive music concert that is part of the holidays Moors and Christians and Sunday night was held at the Plaza del Consell.

This time the director was Dianense Javier Pinto, who performed a selection of pieces festeras on more than one occasion raised the public from his seat. The concert began with The sidewalk, Óscar Navarro, and followed with parts Habibi, Alfredo Anduix; ArlkBy Francisco Valor, and Als Moros Vells, Jaime Francisco Ripoll.

Then the band played the two centerpieces of the concert, dedicated to the captaincy this year. First, Guerrers HospitalarisBy Antonio Català, and then Daughters of the MoonThe adaptation of the theme of Mecano Child of the moon by Javier Pinto himself. Tabals and Saragüells, Mario Roi, and Ben Al Sahagui, by Francisco Valor, closed the concert program.

But the people wanted more and the band played a last track outside the program, the pasodoble Party in Benidorm, with which they finished the concert this year. 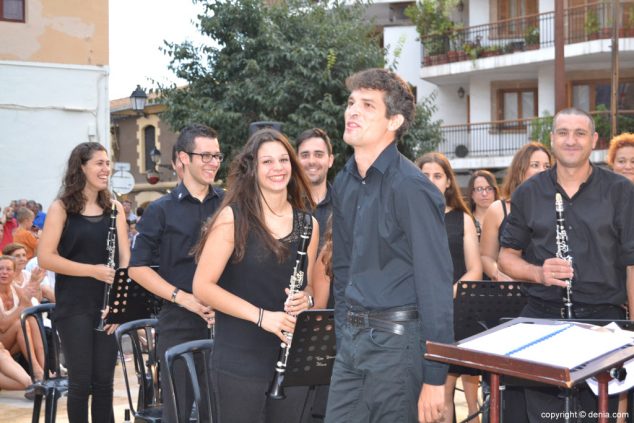 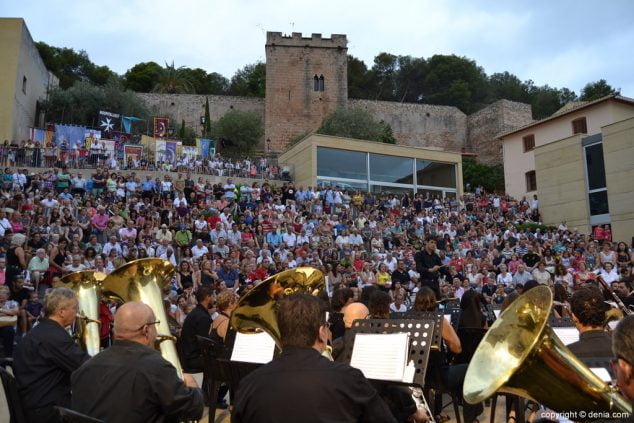 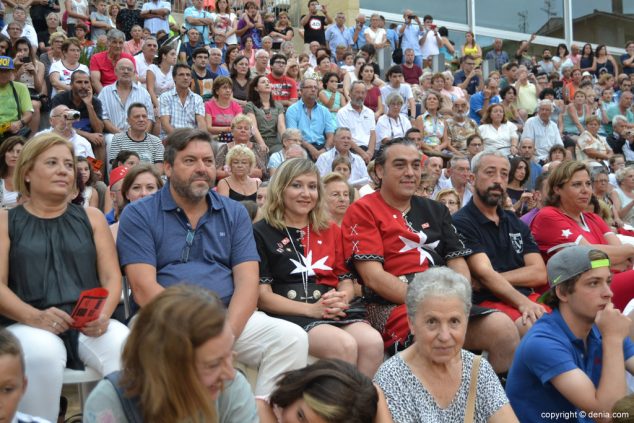 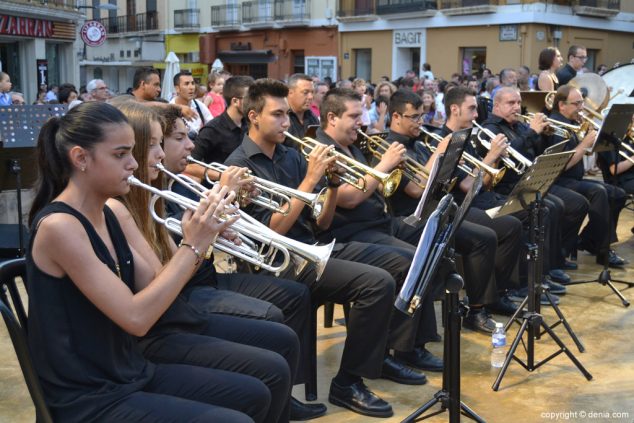 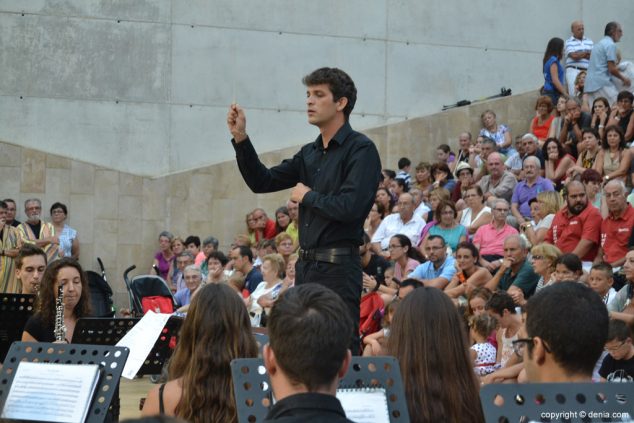 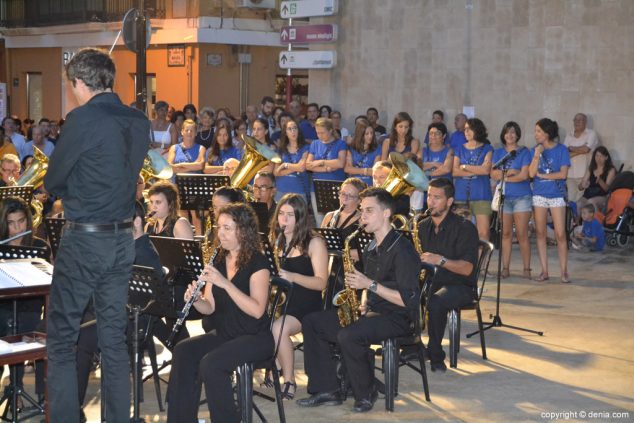 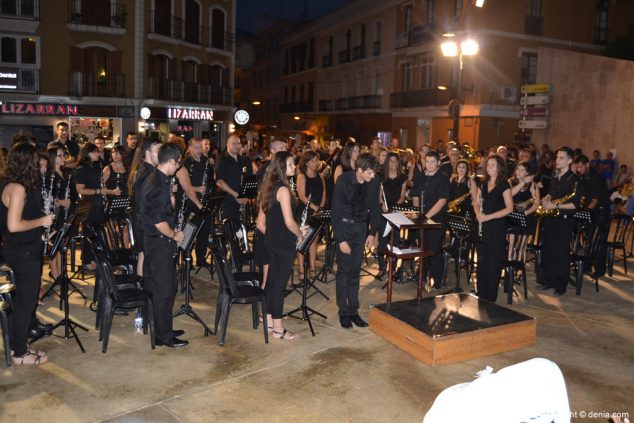 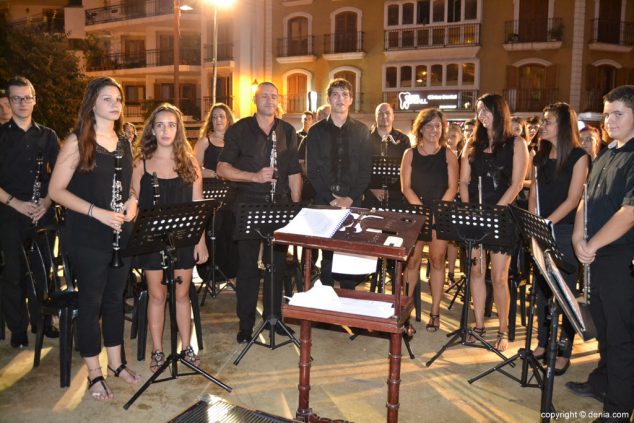 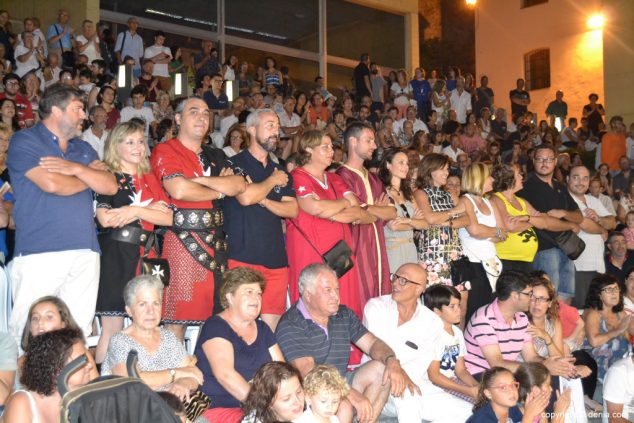 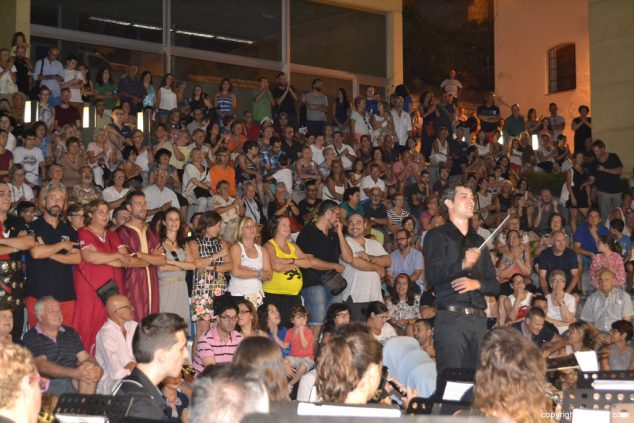 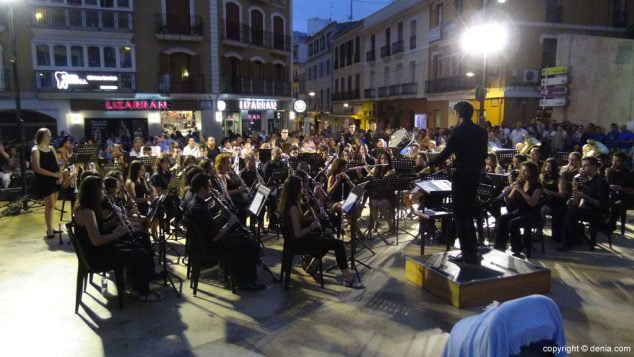