Popular candidates to Dénia, Xàbia and Gata sign an agreement for road cleaning

María Mut, Rosa Cardona and Maite Signes, candidates for the PP to the mayoralty of Dénia, Xàbia and Gata de Gorgos, respectively, they signed this Thursday in Dénia an agreement through which they commit, as of May 27, to improve the cleaning of the roads shared by the three tmunicipal terms. 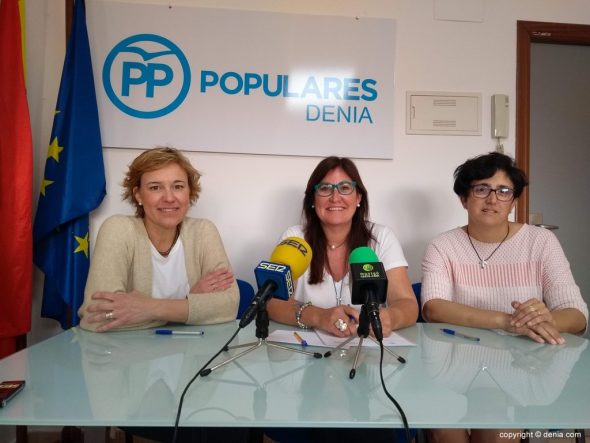 According to Maria Mut, some of them are "impassable" and the landowners are "tired of asking the town hall to fix them", without obtaining any sort of solution from the town hall. That is why the three candidates have pledged to ask for the subsidies corresponding to the Alicante Provincial Council to solve this problem.

Rosa Cardona, from Xàbia, explained that some roads lack visibility, thereby increasing insecurity in them. According to the Javiense candidate, "it is a good time and a good proposal to help the agricultural sector."

For its part, Maite Signes, popular candidate in Gata de Gorgos, has denounced the abandonment suffered by some roads that belong to the municipality of Dénia but are closer to Gata.