The Unit of Community Prevention in Addictive Behaviors (UPCCA) of the Department of Social Welfare has held during the Festival of Denia three campaigns to prevent abusive consumption during the activities scheduled for the younger audience. The campaigns have been carried out close to the events that have concentrated on the youth population in order to promote participation.

If you spend, you miss


On the one hand, with the collaboration of the NGO Controla Club, the campaign was carried out during the concert of the La Pato orchestra (7 of July, La Vía street) "If you pass, you miss it". The total number of surveys completed that night is from 200. In addition, different claims, such as fans, notebooks or flashlights, as well as pamphlets with information on various substances, were distributed among young people.

Controla Club repeated the campaign during the Torrecomada discommobile of the 12 day in July, also filling out questionnaires and distributing promotional material near 200.


Finally, in the car on day 13, the UPCCA of the City of Dénia carried out the campaign "Beus? Mesura-ho!", With the participation of 225 young people. Approaching participants were asked a series of questions related to alcohol consumption and explained how to measure consumption with UBEs (Standard Beverage Unit) to differentiate an alcohol abuse use and avoid the risks associated with consumption , above all, in the younger population. Once this intervention was made, they were given a pamphlet with this information and a claim (t-shirt or backpack) was made where you could read "With two front fingers", slogan of the campaign, and exposed the risk consumption measured with UBEs. 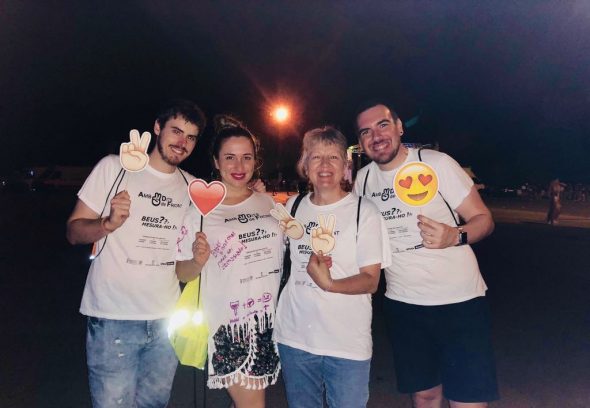 The objective of these campaigns is to provide clear, objective and realistic information on substance use / abuse and especially on alcohol, demystify myths and misconceptions and reach the youth with realistic messages, reduce the risks associated with consumption and encourage behavior Healthy, responsible and common sense in their decisions.


From the UPCCA we want to highlight the great interest and respect shown by the youngest of Dénia during the preventive campaigns. They showed that these types of campaigns are useful to make them think and begin to change certain behaviors traditionally associated with nightlife. There was a very high and favorable participation. The audience to which the intervention was addressed was the ideal one, in terms of age and involvement. They were predisposed to receive the information related to the reduction of risks in alcohol and other substance use. 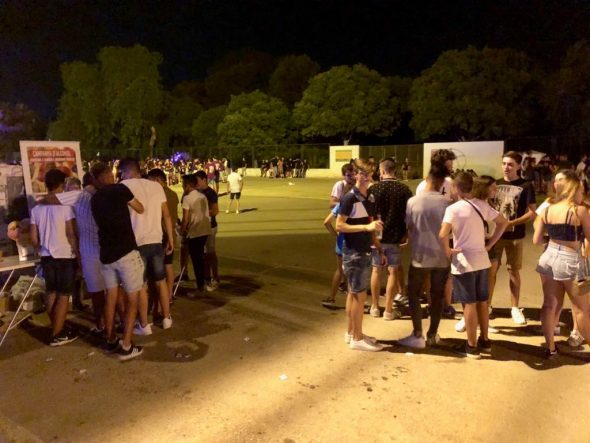 Therefore, the UPCCA makes a more than positive assessment for the active participation and involvement of a total of young 625 in these preventive campaigns developed during the Festa Major. Likewise, the impact created with these three actions is valued in a total of almost 1.000 young people.

The new normality in the Marina Alta: what can and cannot be done
June 22 2020