With the same enthusiasm as the first day, students, instructors, coordinators and political authorities held on Thursday afternoon the 15 anniversary of the Classrooms for the Elderly, the municipal program that allows our seniors stay active with an offer of nearly a twenty workshops.

The birthday party was held at the auditorium of the Social Center, where performances and tributes to those who succeeded during these fifteen years have supported the continuation of Aulas in Dénia. Presented by the coach most, Susana Diaz, administrative program, Amparo, birthday video began with a reminder of these first fifteen years of history.

Then the pianist and student of the Classrooms Carmina Reinke played three pieces that aroused the applause of the audience. At the end of her performance, Carmina received a note of gratitude for her collaboration in such a special celebration. 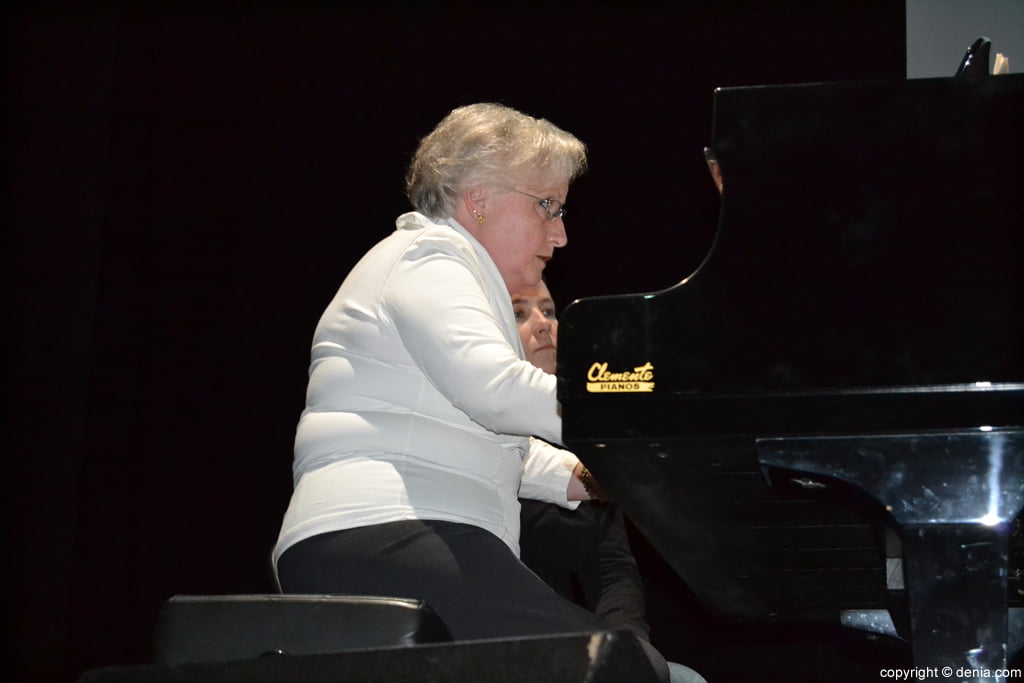 There was also a reminder for all monitors that have gone through the program to oferecer activities as diverse as computer science, languages, dance or reviewing today. The next performance was given by the Coral Denia Pensioners, who sang three pieces that dazzled the audience for its variety and originality. 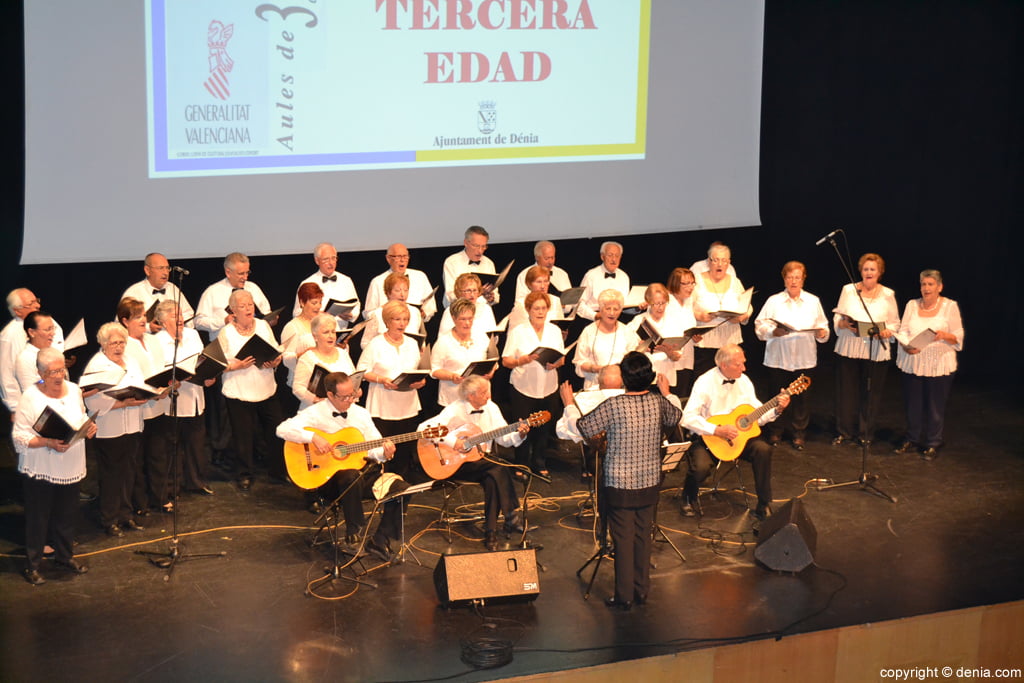 Since the coordination of Classrooms for the Elderly wanted to have a special memory for women, since its inception, have supported the program from the Department of the Mayor. The office of councilor more has been held by Ana Kringe (2001-2003), Vicenta Bixquert (2003-2007), Emi Marcilla (2007-2011), Isabel Gallego (2011-2015) and the current Councilor, Elisabet Cardona. 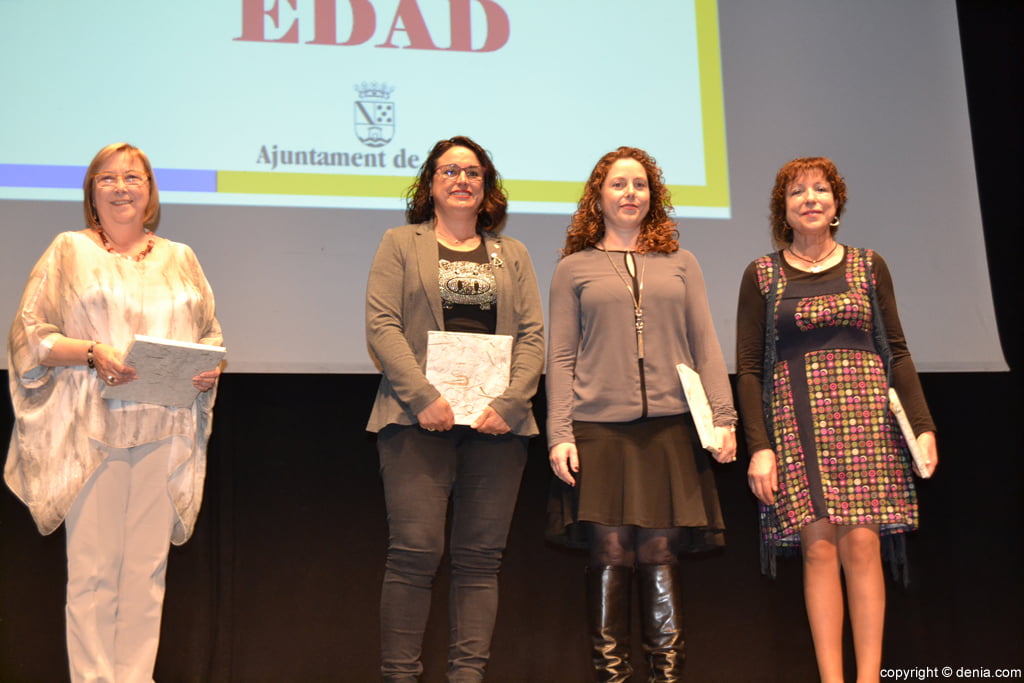 The celebration ended with the circus performance by Ivan Diaz, who surprised the audience with acrobatics and balances.

The celebrations of the 15 anniversary of the Classrooms of the Third Age will continue the 10 of June with a meal of brotherhood in the Castle of Dénia and with the festival of end of course, that will celebrate the days 28, 29 and 30 of June. 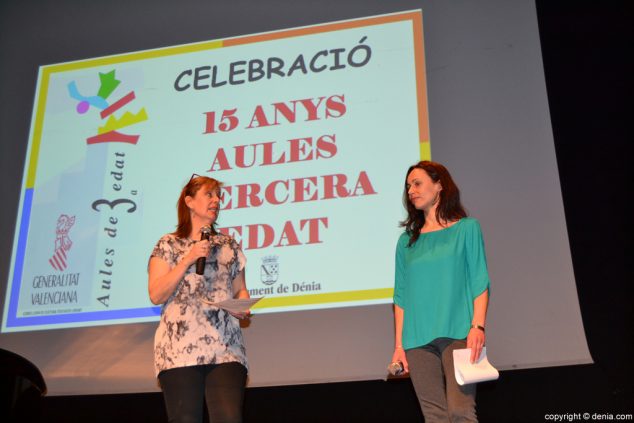 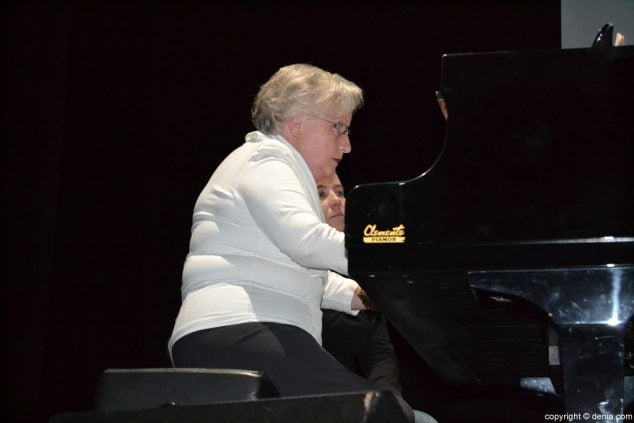 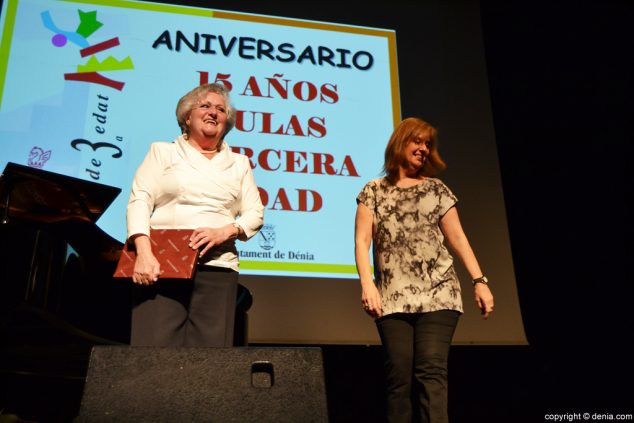 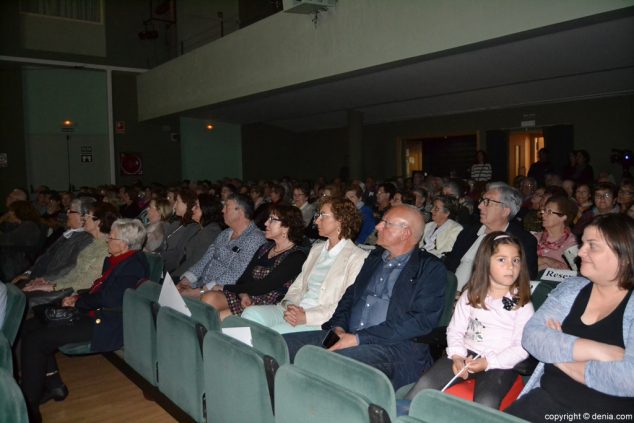 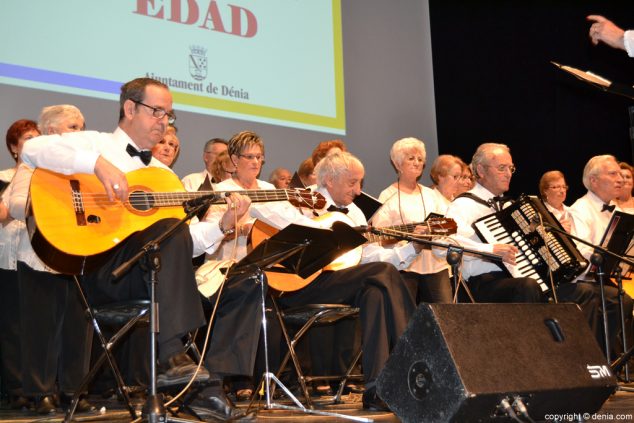 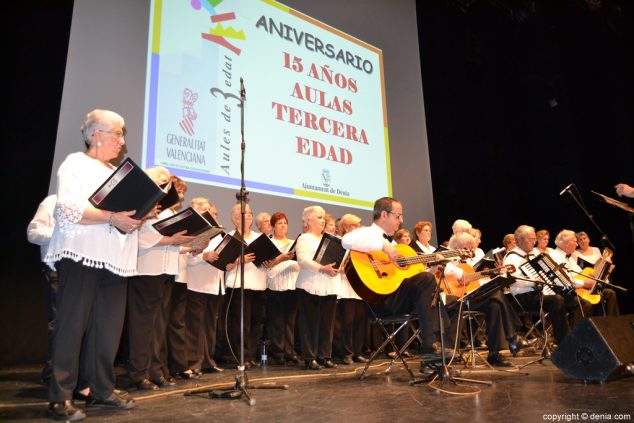 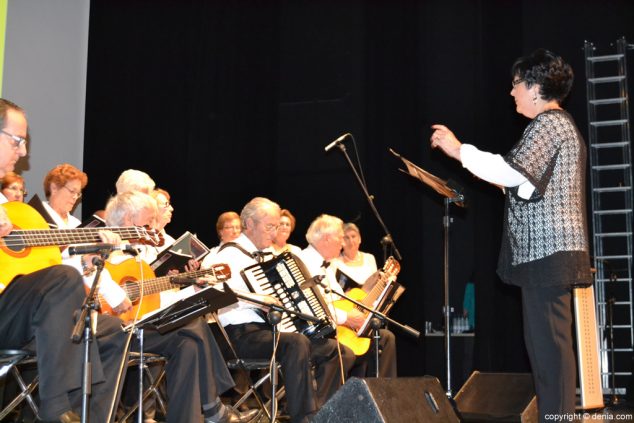 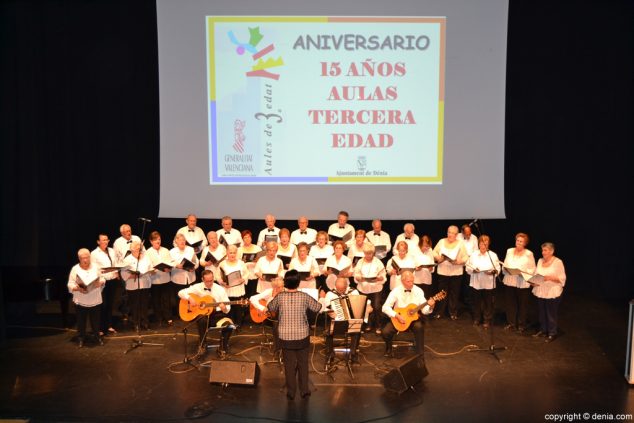 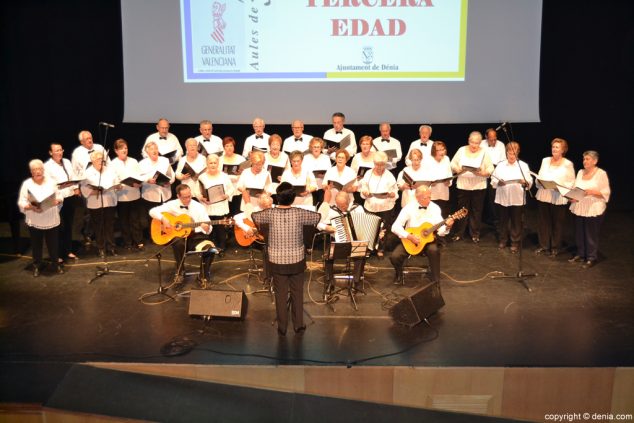 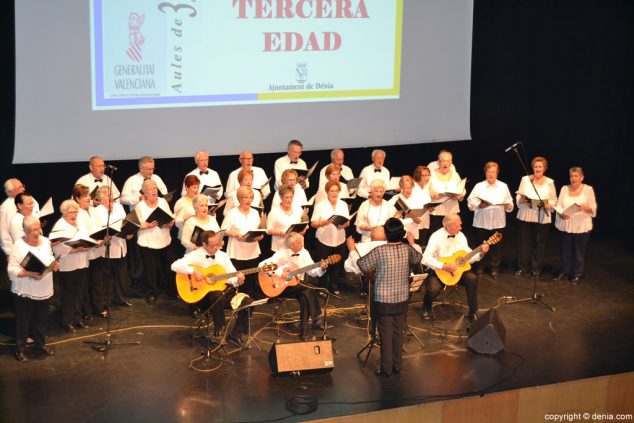 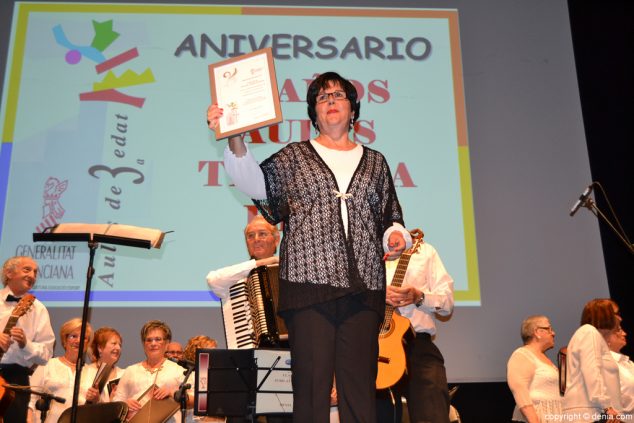 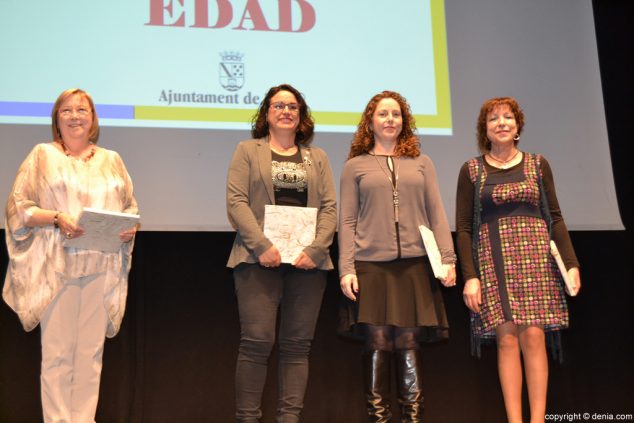 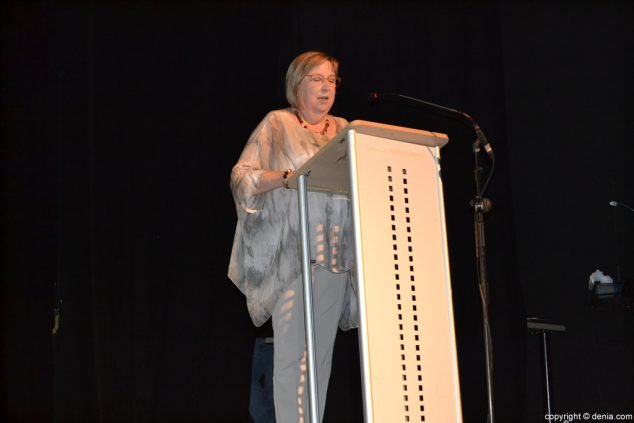 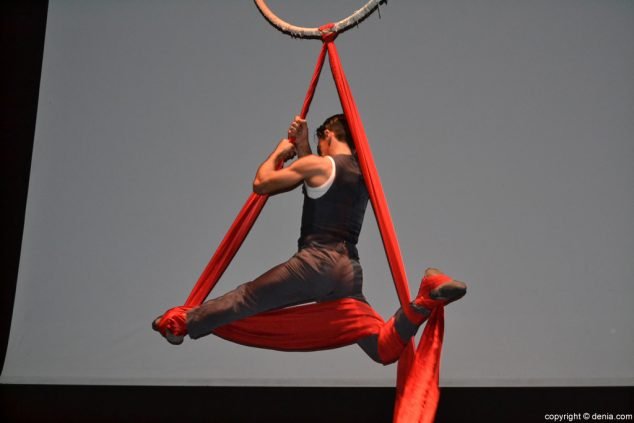 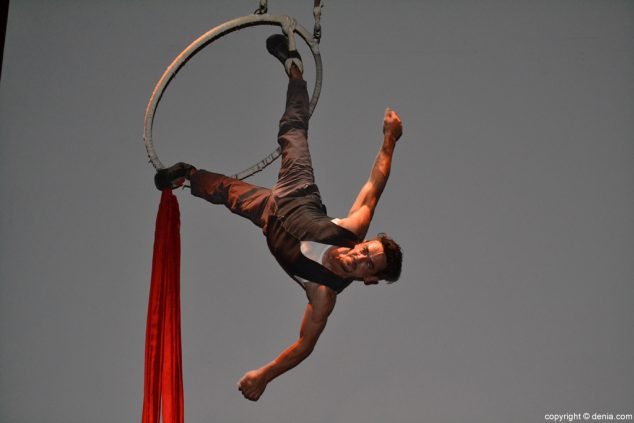 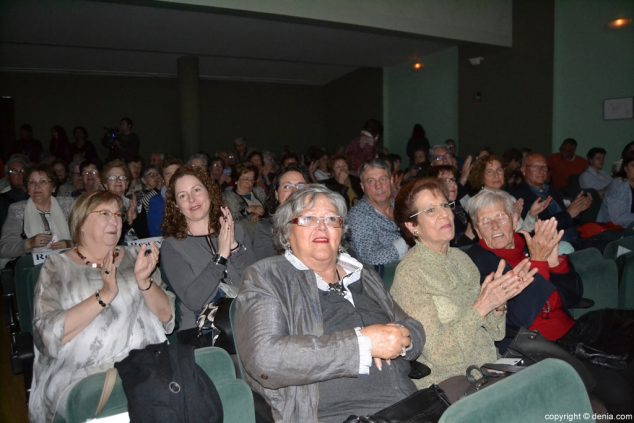