The next August will be held in Dénia a new edition of the International Music Week this year, edition number 23 honors Agustín Moreno, former driver and first director of the Conservatory of Music Tenor Cortis of Denia, deceased two months ago.

As every year, the International Music Week will be preceded by the Youth week, Which this year will feature the pianist Xàbia Marta Espinós, who will start the program on August's 17 day interpreting the Goldberg variations Bach. 18 act on the duo formed by the Valencian clarinetist Luis Fernández Castelló winner I Clarinet Competition Ciutat de Dénia held last year, and pianist, also Valencian, Antonio Galera López.

International Week will start on August 19 with the performance of Grenadian tenor José Manuel Zapata, who, accompanied on the piano by Ricardo Estrada, will perform tangos of Gardel and Neapolitan Tosti in an evening titled Night of broken love. The price of the ticket is 12 euros.

The 20 day will be held the concert tribute to Agustín Moreno, with free admission, and the 22 will stage the Trio Giusto components: Pilar Marín (viola), Pablo Marín (clarinet) and Francisco Cholbi (piano). These three young musicians from Dénia present an unusual instrumental formation, since chamber music for piano, viola and clarinet is a field that has rarely been explored. The first part of his concert will offer pieces by the romantic composer M. Bruch and in the second stage they will perform compositions by contemporary musicians such as Astor Piazzolla and Paquito D'Rivera. The entrance to this concert is 10 euros.

It will close this XXIII International Music Week a concert by the Chamber Orchestra of Valencia (August 23) led by Dianense Pere Molina González and Mª José Martos soprano. The first part of the program will be devoted to the music of Beethoven and Schubert. The second will focus on parts of Spanish zarzuela master as known as J. Serrano, Pablo Sorozábal or Ruperto Chapí. Tickets can be purchased at the price of 12 euros.

The public can buy tickets to concerts in advance, from 1 August, Servicam or at the box office the day of the concert, 18 to 20 hours. 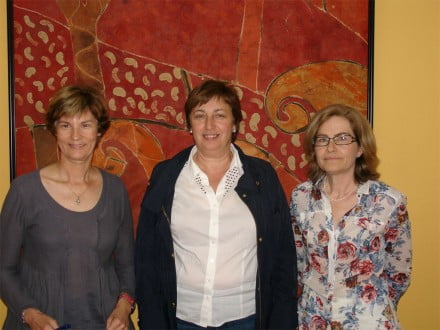