La Xarxa de Dones of the Marina Alta has announced, on the occasion of the celebration of the International Women's Day, the 8 awards of March that each year awards to a person and a group. This year, the acknowledgments went to the professor of the University of Alicante MªMar Esquembre and the feminist women collective Femme Força de Pedreguer.

Esquembre works as a columnist in the newspaper Information of Alicante, specializing in themes of equality between women and men and participates in numerous conferences and courses on equality section. He has conducted courses and seminars on issues of citizenship, immigration and gender studies in the field of constitutional law. He is also author of various publications on constitutional law and its relationship with gender studies, citizenship and immigration. 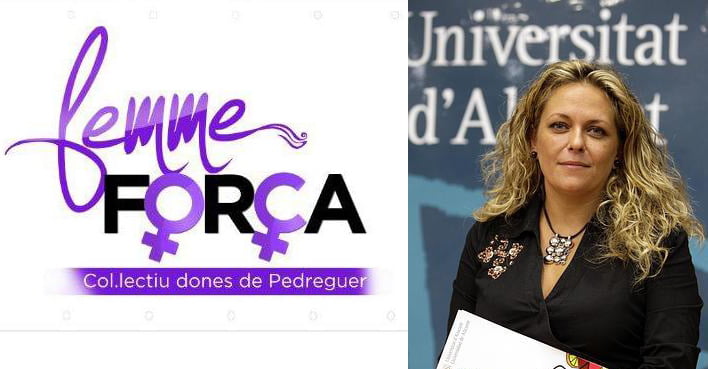 The collective Femme Força de Pedreguer was created in February 2014, bringing together a group of young women who join the feminist struggle to continue the work on equality that many women started before them, for denouncing the inequality and loss of rights to which political and economic powers are pouring many women and disadvantaged groups. In the 3 years of activity, the group has demonstrated its dynamism by organizing monthly concentrations against sexist violence, talks, exhibitions, the "No NO" campaign against violence at parties, and has collaborated with other feminist groups in various demonstrations and events to equality.

The awards will be presented on Thursday March 2 in the Sopar de Dones to be held, at 21: 00 hours in the restaurant Los Arcos de Pedreguer. Earlier, at 19: 30 hours, a regional event will be held in Dénia from the Plaza de la Constitution, Calle La Mar, to the Plaza del Convent, where the manifesto was read.