The real World Cup will be in Dénia this weekend

In an armored van, guarded by members of the local police in Denia and stored overnight in an unknown location. So the city will receive the true World Cup that the Spanish football team won in 2010, which will remain in the city so that residents can be photographed with her throughout the weekend.

The Cup will arrive in Dénia on Saturday at 12 in the morning, when there will be a reception at the City Hall by the corporation, and there will remain exposed from 12 to 14 and from 17 to 21 hours. On Sunday you can visit from 12 to 14 hours and in the afternoon you will be transferred to the Camp Nou, where Dénia plays a crucial match against the Xàtiva Olympic.

Councilman sports, Juan Carlos Signes, has highlighted the great effort made by the Valencian Football Federation and its president, Javier Ferreres, for the cup to come to Dénia, and has encouraged all the residents of the region to come to see the trophy. 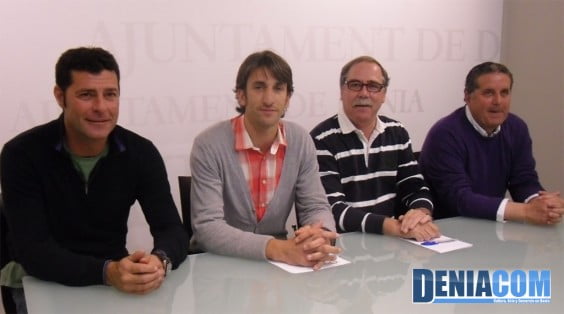 Toni Roselló, president of CD Dénia, The cup comes at an important time for Denia, as much play Sunday in the league match and hope that many people go to the field. To do this they will distribute invitations among students from schools in Denia to come to the country on Sunday accompanied by an adult.

The Councilor for Citizen Security, Javier Ygarza, explained that during the stay of the Cup in Dénia will be guarded by members of the Local Police and will also have the collaboration of Civil Protection for the organization and control of access.

Javier Ferreres, president of the Valencian Football Federation announced it was scheduled to visit the national coach, Vicente del Bosque, but due to scheduling problems finally can not attend. However Ferreres announced they are in talks with Del Bosque to come to Dénia to participate in a series of talks football.