UD. Canals was fortunate to tie a game that had lost every minute 90, compared with CD. Dénia who returned to give a good image. The draw leaves one swords across the top with five days to finish the league.

The match at the Quatre Camins Canals field, began without a clear dominator. The first chance of the game was Denia. Faye went inside the area but shot loose and Jorge Martínez were able to clear the ball. Minutes later, the Canals could have scored with a shot from Maxi detour Ramonet corner.

In the 25 minute, came the controversial action of the meeting. The referee signaled transfer of a local player to his goalkeeper, action was very protested by local players. Indirect action was free board and Faye shot and the ball slipped through the barrier and passed the goal line with what went ahead dianenses

The match was high voltage and every ball dispute sparks flew. Slowly he was warming the atmosphere. When the referee pointed the way to the locker room, a small snag between players from both teams that I do not get older formed.

The UD. Canals, in the second half came out ready to turn the score. The first occasion came with a foul thrown by Jose Manuel who stopped Maxi. Minutes later, Jose Manuel attended Santi but the shot of him went away. The locals tried it with several arrivals but the visitors were well placed in defense and insurance.

When everything seemed sentenced Canals took a last breath. In the 90, Gail headed in a corner to put the Santi 1-1 final.

After this tie, continues in Dénia positions ascent promotion sixty points and after Easter will receive the visit of Contestano. 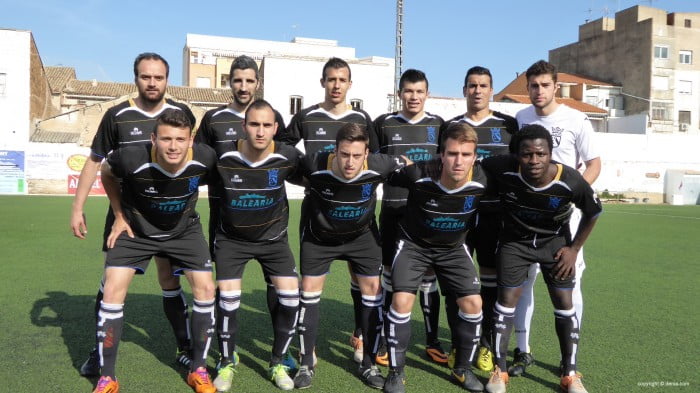