Next week, random tests for coronaviruses will begin in the region

The Mayor of Dénia, Vicent Grimalt, has announced during his weekly live Q&A on Facebook that the Hospital de Dénia will begin to test for coronavirus to the residents of the Marina Alta. 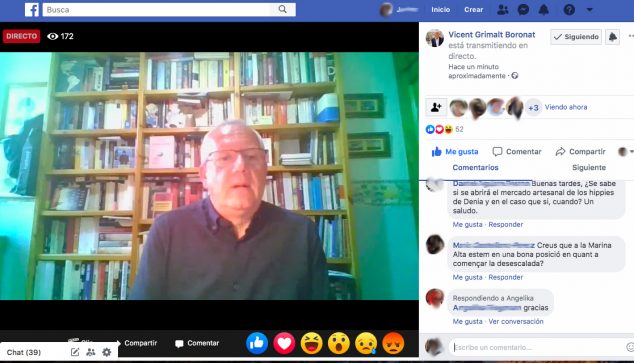 Apparently, during the meeting that the different municipalities of the region had with the Dénia Hospital on Thursday morning, the center has indicated that starting next week they would start doing random coronavirus tests on the citizens of the Marina Alta. However, according to Grimalt, these would be done to a very small percentage of the population to begin with.

As for the massive tests that one of the Internet users in Diane were interested in with his question, he says he does not know if they can be done before the summer. In addition, remember that the Ministry is in charge of it, not being the task of the municipalities.