The works that the Generalitat Valenciana has executed in the 724 CV as it passes through La Xara will end this week. This crossing, through which an average of 5.793 vehicles a day circulates, has been subject to improvements in the 900 meters that cross the urban area of ​​La Xara, with a budget of 300.000 euros.

The Minister of Housing, Public Works and Vertebration of the Territory, María José Salvador, visited the works this Tuesday morning, accompanied by the mayor of La Xara, Maite Pérez, and the Mayor of Dénia, Vicent Grimalt, as well as the general director of Public Works, Transport and Mobility, Carlos Domingo. 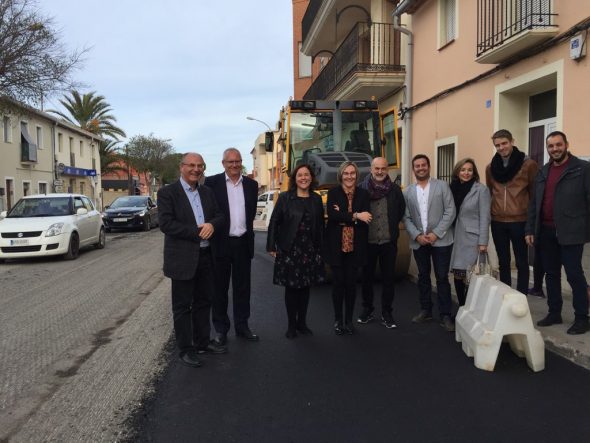 The works have consisted of the construction of two new sections of sidewalk, one at the entrance to the crossing and another in the middle of it, thus facilitating pedestrian mobility, and the execution of "earmuffs" in the corners of the sidewalks, thus creating a shelter for pedestrians.

It has also widened the pavements in the pedestrian crossings, for better visibility of both vehicles and pedestrians and new pedestrian steps have been raised, to encourage the reduction of the speed of movement, as well as enabling new conventional pedestrian steps to give continuity to existing pedestrian itineraries. Likewise, the complete agglomeration of the crossing area was carried out, since the road was in a very poor state of conservation.

Thanks to these improvements, "it has been achieved a correct management of pedestrian mobility and road traffic, as well as an improvement in road safety, as it is a point with high traffic intensity and where very high speeds are reached, factors that imply a risk of accident that we could not and should not ignore ", according to Salvador.