The Mayor of Dénia, Vicent Grimalt, met this week in Madrid with the Secretary General of Infrastructure of the Ministry of Transport, Mobility and Urban Agenda, Sergio Vázquez, to discuss the status of the Gandia-Dénia train project. Grimalt attended with the president of the Marina Alta Business Circle (CEDMA), Benito Mestre, whom he invited to accompany him since the local business sector has always been very interested and vindictive on this issue, and the councilor for Territory and Urban Quality, Maria Josep Ripoll. 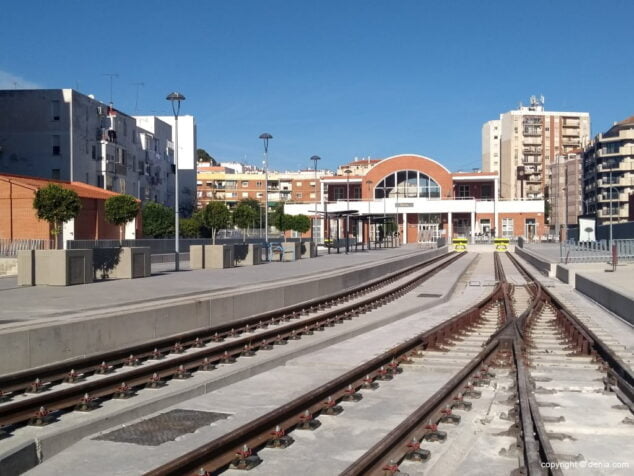 The Secretary General for Infrastructure reported that the Ministry for Ecological Transition has requested an expansion of the environmental impact reports of the project as it passes through sensitive areas such as the Pego-Oliva marsh and that is why the State budgets for 2021 only allocate one 50.000 euros for the project, corresponding to the estimated cost of the new reports.

Vázquez ventured that the environmental process could be concluded in mid-2022, which would allow another project process to advance.

The mayor of Dénia, for his part, insisted on the need to create this railway infrastructure, "That would end the long-lasting isolation of our city and the rest of the Marina Alta" and asked the representative of the ministry to also take into account the environmental impact of the volume of traffic that is concentrated on the adjacent roads due to the lack of public rail transport, as well as the importance of Dénia as the main connection port with the Islands.

Yesterday, the mayor called a virtual meeting with the mayors of Pedreguer, Ondara, El Verger, Gata and Pego to inform them of the news of the meeting, which he also shared with the spokesmen of the municipal Corporation.

At the moment, the commissioning of this railway line is far from close. There is no clear horizon for the drafting of the final project, nor is there a significant budget allocation in the medium term. However, as discussed in this meeting, the necessary documents are being collected for the approval of the environmental phase, which could be completed, in the best of cases, in the year 2022.

From CEDMA, Mestre made it clear that this is a historical claim of the Marina Alta, claimed for more than 40 years and key to the development and structuring of the region. In addition, an action such as the train would be framed within the UN 2030 Agenda and the Sustainable Development Goals.

Thus, the rail link, among others, as it is a collective transport, would contribute to the reduction of road trips and the consumption of fossil fuels; it would facilitate access to university training for young people in the region; it would create new business opportunities for entrepreneurs and would improve the environment. All of this would result in a more advanced, modern, sustainable, wealthy and egalitarian society.

It was not CEDMA's only claim. While the train arrives, we must advance in the substantial improvement of the regional land communications and in this sense Mestre exposed, among others, the need to adapt new exits of the AP7, as in the case of Calp.